Catastrophe or Opportunity? Investigation of the impact of Climatic events and changes on First Millennium AD Britain and Ireland 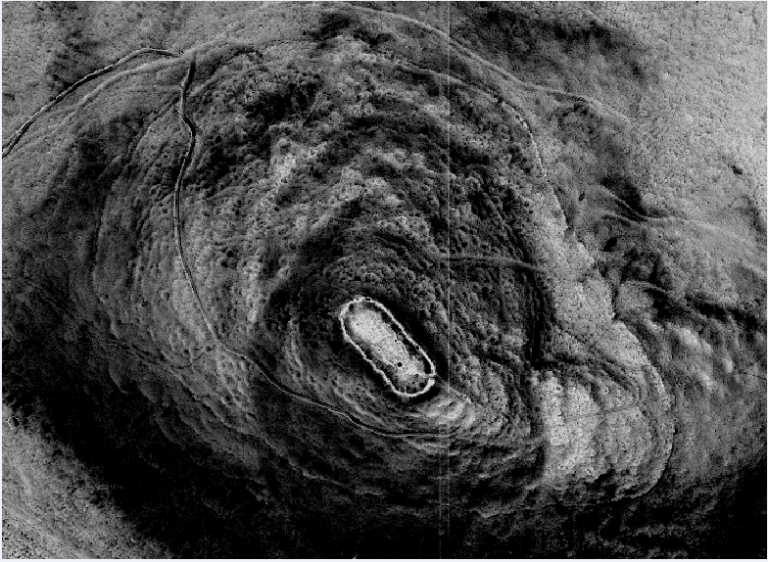 Climactic events have huge ramifications for human society and settlement both in the past and the present. This project will investigate the potential impacts climate change had on society in Britain and Ireland in a key period of social and political change in the first millennium AD, during the rise of the early kingdoms and state-like societies of westernmost Europe. In other parts of Europe, major climate impacts such as the volcanic winter of 536 AD (the ‘dust veil’ event) which led to global cooling for over a decade, are known to have led to fundamental changes in society (Newfield 2018). In Scandinavia for example, this 6th century event has been linked to the migration era crisis when large-scale population movements and disruption is widely known (e.g. Gräslund & Price 2012; Löwenborg 2012).

Climate and its impacts on human society in the same period in Britain and Ireland is much less explored. In particular the project will aim to address evidence for changes to population, settlement, and site structure in the archaeological record that may be associated with climatic disruption and adaptation. Utilising a regional approach the project will assess the ways in which particular communities were affected by and responded to environmental change through time. The PhD will also address the social, cultural, and environmental factors that may have contributed to environmental resilience (or lack of), comparing and contrasting regional case studies in Britain and Ireland with those of better studied regions (e.g. Scandinavia).

This project will utilise documentary evidence, site and settlement data, dating distribution and broader archaeological phenomena. Previous research will initially be reviewed from Britain and Ireland, using site reports, pollen data and economic evidence to outline previously identified events, trends, and changes in the archaeological record. Contemporary documentary sources (particularly from Ireland, e.g. the Irish Annals) will also be reviewed to track reference to famine or similar events, which may be evidence of the effects of environmental impact and crisis. Additionally, a review of securely dated sites from this period in Britain and Ireland will be undertaken, compiling site data and recording numbers, types, sizes, and locations, throughout the first millennium AD to examine broader trends and possible changes, allowing for the identification of potential shifts to have occurred in relation to major climate events. Radiocarbon data will be a key evidence stream with settlement dating evidence compiled and compared and contrasted in key regional case studies for the first time in Britain and Ireland.

Essential: The successful applicant should be familiar with the archaeology of first millennium AD Britain and Ireland and have experience with interpreting archaeological sites and landscape archaeology.

Desirable: GIS skills for mapping of data is desirable, along with experience of Oxcal and radiocarbon modelling.

Climate change is a fundamental reality and major concern for contemporary society. Not only are we facing modern and unprecedented human-driven climate change, but also increased threat of severe volcanic eruptions, which are predicted to increase in both frequency and severity due to climate change. In the past communities have faced similar challenges and tracking how people dealt with and were impacted upon by change is a major concern for scientific and humanities-based research concerning past societies. Archaeology is well placed to not only track and understand these changes, providing important data for climate scientists, volcanologists, and policy makers, but also to communicate these findings to communities currently ‘buffered’ from the impacts of climate change, acting to reduce psychological distance. As such, this research into the relationship between climatic and social and cultural change in 1st millennium westernmost Europe has the potential to not only vastly increase our understanding of this complex and transformative period, but to better understand the regional and diverse impacts of climatic events such as the volcanically induced 536 AD downturn. Better understanding these impacts and the human responses elicited within the varying environmental and cultural milieus will greatly enhance our ability to understand factors inherent to resilience and vulnerability, crucial in the formulation of modern solutions.

The supervisory team has significant experience working across disciplines and integrating research in the sciences, social sciences and the humanities. The research project would be undertaken alongside Professor Noble’s current research on first millennium AD settlement and society in Scotland and Ireland funded by the Leverhulme Trust. Dr Maaten Blaauw works on dating and has developed and maintained a range of age-depth modelling approaches utilising radiocarbon calibration and Bayesian modelling.

Months 1-6: University and QUADRAT inductions and training courses; identifying specific methodological specialisms of project in addition to palynology/pollen macro-fossil analysis and initiating training in workflows and laboratory techniques at Aberdeen. The student should also develop a comprehensive literature review on climate change in the first millennium AD; a review of previous studies and material that can be explored for constructing case studies.

Months 12-18: This period will be spent compiling the bulk of the data, utilising published sources and legacy data – e.g. Historic Environment Scotland radiocarbon datasheets. The student will also, during this period, write up the background for key case studies, which by this time will have been finalised.

Months 18-24: Finalise data collection and data analysis, begin writing up the results of each case study. Scope for a work placement should also be considered.

A potential partnership with Historic Environment Scotland is under discussion. An update will be provided in due course.