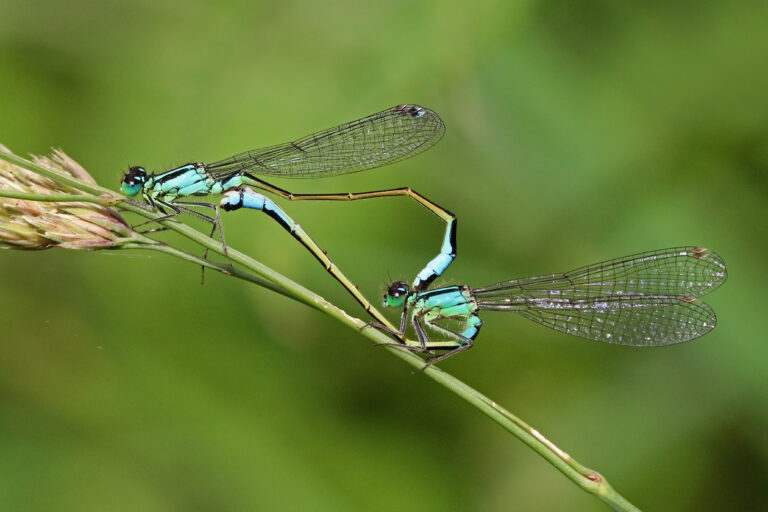 Understanding the ecological and evolutionary processes that shape species’ geographic ranges and affect their dynamics such as expansions, contractions and shifts, is critical to understand, predict and manage species’ responses to ongoing global environmental changes. Many challenges that biodiversity is facing, including climate change, habitat fragmentation and invasions, cause changes in species’ geographic ranges. Conservation biologists are therefore increasingly faced with the tasks of either facilitating or hindering these dynamics.

Fundamental to species’ range dynamics are traits and processes affecting species’ reproductive success and genetic diversity across the range. The mating system, defined as suite of physiological, morphological and behavioural traits involved in obtaining and choosing mates, is key. As one of the main driver of gene flow, together with dispersal, mating systems are crucial in determining a species’ evolutionary potential by influencing maintenance of genetic variation and individuals’ fitness variation. However, we still know very little about how mating systems – and the associated fundamental processes of inbreeding and sexual selection – a) evolve during environmental change, b) vary across species’ ranges and c) affect species’ range dynamics and persistence during environmental changes.

1) understanding how mating systems evolve during range expansions and shifts;

2) understanding the consequences of mating system ecology and evolution for range dynamics such as expansions, invasions and shifts.

These two fundamental questions will be addressed on three main fronts, depending on the student interests. First, by generating new eco-evolutionary theory through the development of genetically-explicit models for mating system evolutione.g.1 coupled with range dynamic models that integrate population dynamics and dispersal. Second, by empirically testing how mating systems change during range shifts, by sampling across the rapidly shifting northern range margin of the female-polymorphic damselfly Ischnura elegans, and conducting behavioural observations, mating trials and paternity analyses (using genetic approaches). I. elegans is revealing a promising animal system for studying sex difference in range expansion processes, showing sex-specific spatial sorting in dispersal at the range limits and latitudinal clines in sexual selection2. Third, by testing hypotheses and theoretical model predictions through large scale phylogenetic comparative analysese.g.3 that will leverage global datasets of animal (e.g. mammals, birds and insects) life-history and behaviours, invasions and climate-driven range-shifts. Exciting questions include: how do mating system traits such as inbreeding, mate choice and number of mates, evolve during range expansion? How does this affect maintenance and distribution of adaptive genetic variation? How do different mating systems affect invasion speed and success?

Essential: The ideal candidate would have strong passion for evolutionary biology and be enthusiastic about learning new skills and have some experience in quantitative analyses. They would hold a minimum of a 2:1 Honours degree (or equivalent) in biology, ecology, zoology or related disciplines and have strong quantitative skills.

Desirable: A master’s degree in a relevant discipline; some experience in computer modelling and/or in using phylogenetic comparative methods and/or in field ecology.

Furness A. & Capellini I. (2019). How diversity in parental care evolves: a phylogenetic comparative study in amphibians. Nature Communications, 10: 4709.

The student will be embedded within a vibrant and international team of empiricists, geneticists, and theoreticians, and three postdocs based in Aberdeen, working on NERC and Royal Society funded projects to understand the eco-evolutionary dynamics and genetic consequences of range shifts, using Ischnura elegans as model system. The field work will be carried out in Scotland and Sweden in collaboration with the Svensson lab (https://portal.research.lu.se/en/persons/erik-svensson) providing the student with the opportunity for networking within an internationally leading team in evolutionary biology and sexual selection, as well as with the needed logistic support.

The project is deliberately broad, leaving scope for the student to develop their own line of research, and determine the balance between theoretical modelling, data analyses and field work. The student will work closely with the PIs and receive excellent training in cutting-edge eco-evolutionary modelling, data collection and management of large datasets, and phylogenetic comparative approaches in R. The student will further benefit from the presence of strong research groups in the department working on related topics with theoretical and modelling approaches, and from being embedded in a strong network of international collaborations.

Understanding how mating systems have evolved, how they are responding to environmental changes and how they affect species’ responses to such changes and to management interventions represent both outstanding and broad-interest basic life-science questions as well as critical knowledge needed for applied conservation issues. On the academic side this project advances mating-system evolutionary theory on two fronts: 1) by applying cutting-edge genetically-explicit models that have hardly been used in this field but have allowed major advances in other field such as dispersal evolution; 2) by integrating ecological dynamics with evolutionary theory in a field where the study of eco-evolutionary dynamics is lagging behind, thereby making relevant predictions for contemporary rapid and dynamic changes.

The project is deliberately broad and the exact plane with be determined with the student based on their research interests.

One potential scenario could be:

Year 3: develop a predictive model for mating systems changes, and their consequences for the species ecology and evolution, parameterised for the damselfly system.

Depending on the student interest, field work could be replaced with assembly of a large dataset of animal mating system traits and following comparative analyses.

The field work will be carried out in Scotland and Sweden in collaboration with the Svensson lab (https://portal.research.lu.se/en/persons/erik-svensson) providing the student with the opportunity for networking within an internationally leading team in evolutionary biology and sexual selection, as well as with the needed logistic support.