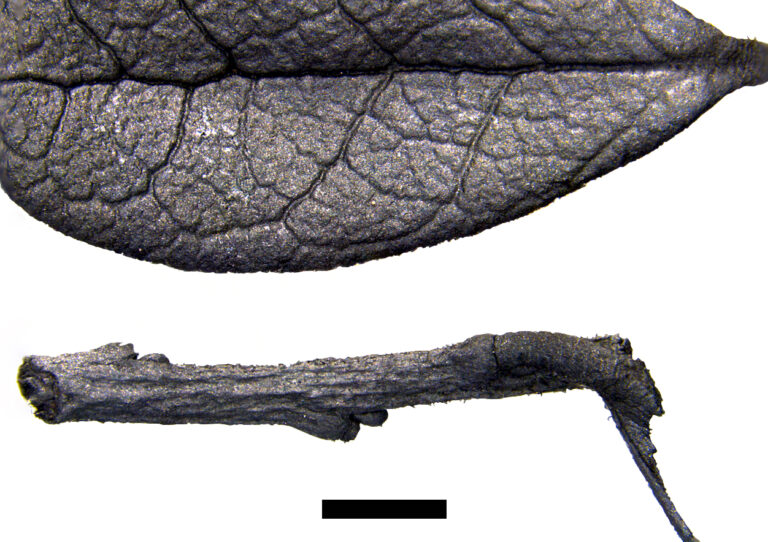 The aims of this studentship are to i) investigate the possibility of a quantitative relationship between imposed heat fluxes and the Raman spectra of charcoal fragments produced as a result of this heating, based upon a series of cone calorimetry laboratory burning experiments of peat mesocosms, ii) reconstruct burning intensity changes through time using a series of peat profiles recovered from hollows in the boreal forests of southern Finland.

Future climate change is predicted to strongly increase fire occurrence in forest ecosystems, which is alarming as boreal forests contain one-third of the global forest area and one third of terrestrial carbon stocks. As fire weather conditions improve, the boreal region has already suffered from its worst wildﬁre season and the longest-lasting burning duration (Scholten et al., 2021). At the moment it is only possible to reconstruct burning intensity into broad post-fire temperature-associated intensity classifications (i.e., low, moderate, high). The ability to move beyond this is an exciting possibility, as it will give insight into this increasingly important environmental hazard over a wide range of timescales (the present, centennial and millennial time scales).

The experimental part of this studentship will involve a series of burning experiments of modern plant taxa collected from southern Finland, where you will simulate ‘real’ wildfire conditions by using a cone calorimeter housed at the University of Edinburgh (Hadden et al., 2013). This instrument comprises a cone heater which exposes the material to be combusted to controlled levels of irradiance, which is then ignited by sparks and consequently burned. The combustion gases produced pass through the heating cone and are collected by an exhaust duct system. In the exhaust duct, the gas flow is measured (O2, CO, and CO2) to calculate the quantity of heat release per unit time per unit area. The Raman band width ratios of the charcoal produced from the cone calorimetry burning experiments will then be measured. Raman spectroscopy, which to date has only been undertaken once on preserved charcoal fragments contained in peat archive records (Mauquoy et al., 2020), involves exposing charcoal fragments to particles which transmit light (photons) emitted from a laser. The final part of the experimental burning work will be to explore the relationship between imposed heat flux and the Raman band-width ratios.

You will collect a series of peat profiles from forest hollows in southern Finland. The Raman spectra of charcoal fragments preserved in these peat profiles will then be investigated to determine the former range of fire intensities through time (the last ~6000 years), based upon the results of the burning experiments of the modern taxa.

Essential: A good background in either Geography (particularly in palaeoecology), Geology, Biochemistry, Ecology or Civil and Environmental Engineering

Hadden, R.M., Rein, G., Belcher, C.M. 2013. Study of the competing chemical reactions in the initiation and spread of smouldering combustion in peat. Proceedings of the Combustion Institute 34, 2547-2553.

The student will be required to undertake fieldwork sampling forest hollow peatlands in southern Finland, perform laboratory analyses (microscopy [light and SEM], select samples for 14C dating, plant macrofossil and macro-charcoal analyses). Experience with palaeoecological fieldwork and laboratory techniques would be an advantage, but training in plant macrofossil, cone calorimetry and Raman spectroscopy will be provided. Efficient time-management will be important given the number of planned burning experiments.

The incidence of wildfire around the world has increasingly been the focus of the international media and much international research is currently being directed towards understanding its significance, for example future carbon sequestration and land management. The combination of cone calorimetry and Raman spectroscopy is a novel approach which could be developed for any archive record which contains deposited charcoal fragments to identify burning intensity changes from not just boreal woodlands, but tropical swamps, steppe, peatlands grasslands and savannas over decadal, centennial, millennial and deep time scales (e.g. from the late-Devonian).

Dmitri Mauquoy has 25 years of research experience, specialising in Holocene peatland development. Dmitri’s research into peat archive records has been used to: i/ understand long-term peatland carbon sequestration rates (driven by climate change, long-term succession processes and human impacts) ii/ investigate climate change spanning the early Holocene (~11.7 KYA) to the present based upon a range of sub-fossil plant and microorganisms preserved in peat matrices iii/ guide the restoration and preservation of peatlands. David Muirhead has expertise in Raman spectroscopy and geothermometry in a variety of geoscience and bioscience settings. His research spans thermal maturation of host rocks adjacent to igneous intrusions, subsurface fluid migration and temperatures, temperatures of rocks through fold and thrust belts and more recently the application of Raman spectroscopy to cancers and archaeological cremation sites. Maarten Blaauw is an expert in chronology-building by 14C and other types of dating. Additionally, Dr. Rory Hadden (Civil and Environmental Engineering, University of Edinburgh) will provide assistance with the cone calorimetry burning experiments. Rory’s research interests include pyrolysis, ignition and flammability of solid fuels with application to the built and natural environments. Rory specialises in experimental work ranging from laboratory scale studies at Edinburgh University’s state-of-the-art BRE Centre for Fire Safety Engineering to field scale measurements of fire to characterise the phenomena of fire spread. He has investigated smouldering combustion through organic soils (including peat) by running small-scale laboratory experiments. In these experiments, the heterogeneous moisture distribution found in real peatlands was mimicked and the propagation of smouldering fires was recorded using infrared cameras, thermocouples and changes in mass.

The student will be mostly based in Aberdeen, and will have regular contact with Dr. Mauquoy. Drs Muirhead and Blaauw will provide training in Raman spectrometry and 14C dating respectively.

Year 1 will involve an extensive literature review and the design of burning experiments and associated instrumentation. The burning experiments will run during Year 1 and 2 of the studentship. Peat profile samples and modern surface vegetation samples will be collected from southern Finland in Year 1 and 2. Analyses of fossil samples spanning the early- to mid-Holocene will be undertaken in Year 2 and the first 6 months of Year 3.