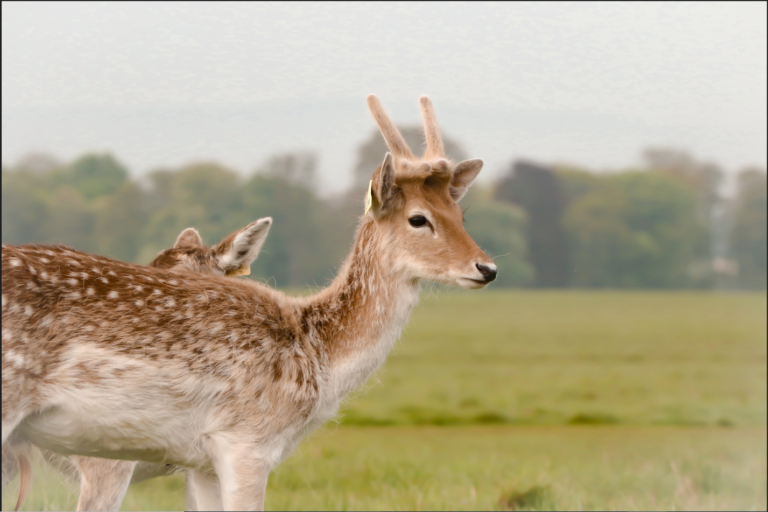 Understanding animal dispersal processes is central to the study of ecology and evolution; it influences individual fitness, demography, genetic structure and species distribution. Animal movement can take the form of large-scale population migrations across vast areas, or can involve smaller scale dispersal of individuals between (local) social groups. In the latter case, the decisions underpinning whether to stay on the natal territory, is likely dependent on the benefits of moving versus costs for staying; for example, avoiding inbreeding or gaining access the otherwise limited resources versus increased competition with established residents.

Whilst it is generally observed that juvenile males are most likely to disperse, we have observed that not all males will do so in our population. But why is this the case? You will investigate why some juvenile male fawns move from their maternal groups and establish themselves in the all-male (bachelor) group, whilst other stay longer with their maternal group, or fail to leave at all. What are the reasons underlying the disparity in these choices, and what, if any, are the fitness consequences for this difference in strategy? You will be expected to develop novel approaches and ideas to address this question, but potential questions include: do males that disperse invest in more in growth prior to dispersal, do they have more connected social networks, are they are less stressed or more aggressive than males that remain? This project will explore the links between behaviour, investment in growth and hormones (cortisol and testosterone) in relation to the fawn’s decision whether, and when to time its dispersal from the doe herd to take up residence in the bachelor herd.

To investigate dispersal behaviour of juvenile deer fawns in a free-ranging population.

The project is based at Phoenix Park (Dublin) on a free-ranging fallow deer population. Currently the herd consists of approximately 600 individuals, most of whom are marked with unique coloured-numbered ear tags. Males and females inhabit different territories, except for the October rut where males move to the female range. From birth in June (when they are tagged), fawns go through several life-critical stages; initially they adopt a hider strategy, live away from the main herd and are fully dependent on the mother for nutrition. In July, mothers gradually begin to bring their fawns into the doe herd where males remain until aged between eight and ten months when some individuals disperse and can be observed associating with the bucks in the male territories.

You will receive training in data collection methods, processing and handling of large datasets including analyses using cutting-edge statistical techniques. Data collection using stereo-photogrammetry to estimate growth rates and training with dedicated software packages to estimate growth. You will be trained in laboratory techniques to assay hormone concentrations from fawn hair collected at tagging and again at first shed at ten months of age.

Essential: a 1st or 2.1 class (honours) degree in psychology, biology, ecology, zoology or a related discipline. Experience with recording behaviour of animals in the field. Effective communication and problem-solving abilities. Ability to work alone and in groups in the field for extended time periods.

Desirable: a Master’s degree in a relevant subject. Statistical competence and a knowledge of R. Ability to manage and maintain large datasets.

There is a substantive fieldwork commitment associated with this project and you should be prepared for prolonged periods at the study site. Fieldwork is cyclical beginning in June with the birth of fawns (tagging and measuring), matching fawns-mother pairs as they enter the herd, recording social behaviour and (allo)suckling by the fawn in June and July. Intense periods of fieldwork run during the rut in October and from February through to May to record behavioural data and social contacts, dispersal and growth rates. The student will be expected to regularly collect census and behavioural data throughout the year.

As the supervisors have a number of projects running in this location, the student will benefit from mentorship available from students already familiar with the study site and population.

Training will be given in the collection and handling of behavioural data recorded in the field. In addition, the student will receive training in the use of R and advanced statistical techniques to analyse the data. The project also involves the use of photogrammetry and full training will be given in the use of the camera equipment in the field and in the extraction and use of specialist software to estimate growth rates of fawns. To assess stress and aggression an endocrinological approach will be taken where accumulated levels of cortisol and testosterone will be assayed from samples taken in the field. The student will receive laboratory training in the extraction and calculation of hormone levels.

This project is primarily aimed a basic rather than applied research. However, there are routes to impact beyond scientific publications and communication. Understanding movement patterns on a local scale is a key factor in conservation biology; this project will follow individually identifiable juvenile fallow deer as they determined whether to remain in the natal group or disperse to the bachelor herd and join mature males. The project has considerable promise to uncover why some individuals move whilst others do not. It addresses several problems encountered in this type of research; for example, following individually identifiable individuals permits us to disentangle dispersal from mortality while it also facilitates an examination of the contribution of physiological and endocrinological factors in addition to behaviour such as maternal investment and social networks. The comprehensive approach to dispersal decision making adopted here will provide invaluable information to programs dedicated to management and conservation of local populations of wild ungulates helping us to understand and reduce human-wildlife conflict as a consequence of dispersal patterns.

The field element of this project is determined by the natural behaviour of the study population. The fallow deer rut occurs in October where most females will mate and with most fawns born the following June. Fieldwork of this project is, therefore, cyclical beginning with the birth of the fawns in June.

Mother-fawn matchups are collected as fawns are brought into the herd by their mothers.

Behavioural observation and recordings of interactions between the mother-fawn pair and between the fawn and the wider female group.

Suckling bouts with the mother and allosuckling (milk stealing) bouts with foreign females are recorded.

Aggression (bites, kicks and chases) between the fawn and mother and fawn and foreign doe are recorded.

October: The rut takes place and matings are recorded. Observation of fawn behaviour including intrusion into mating groups and play fighting behaviour is recorded.

Fawn and doe hair is collected as the deer go through moulting in preparation for their summer coats. Hair will be analysed to estimate the cumulated levels of cortisol and testosterone.

Fawns will be monitored to record social behaviour.

Migration of male fawns to the bachelor herd will be recorded.

The proposed timeline for this project is to spend most of the first two years in the field.

This year will be spent predominantly in the lab and write-up.