The causes and consequences of bacterial speciation 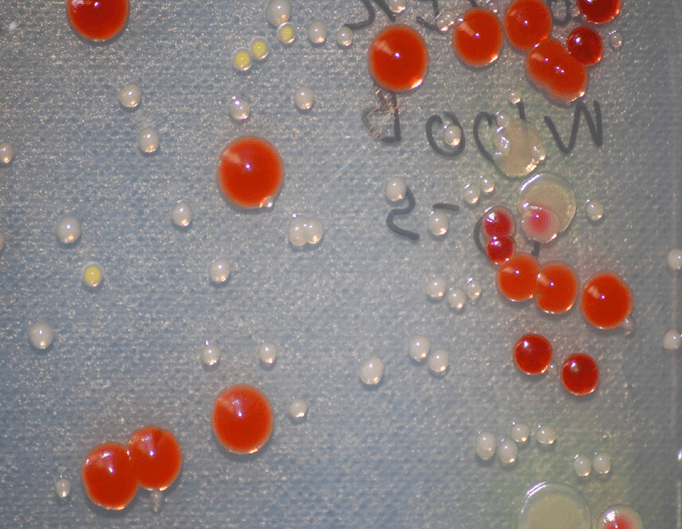 Speciation is well established field of study for higher organisms yet is hardly ever mentioned for bacteria. Underlying this is the ongoing debate about whether bacteria form species in the same sense as higher organisms. Originally bacteria were classified into species based on morphological and biochemical profiles. In the early days of DNA sequencing in the 1980s and 1990s it was revealed that many of these profiles were not doing a very good job, with huge variation in the amount of genetic diversity attached to different species names, and some species were composed of unrelated organisms. More recently, high-throughput sequencing has led to the widespread use of 94% genome wide nucleotide similarity as the cut-off for two bacteria being part of the same species. This is partly because this often corresponds to tradition species names, but also because for many bacterial lineages there are no comparisons falling between 93% and 94% genome wide similarity. However there is on-going debate about the use of this cut-off, as although many groups of bacteria do follow this rule, many others do not. This has led to suggestions that this cut-off is convenient for parts of the bacterial world but has no underlying biological or ecological meaning.

The broad goal of this studentship is to take the on-going debate a step further by exploring why some bacteria form species, but others do not. Where there is evidence for clear species structure, the project will try to determine the phenotypic life-history trade-offs which caused the speciation, as well as whether closely related species have shared or divergent biogeography. For groups of bacteria which do not obey the current rule, the project will determine how and why the species barrier is being broken. We will explore if this is a conversion towards greater asexuality or whether the species barrier is obscured due to other factors such as ring-species or ongoing speciation. The project will then try to identify the underlying biological or ecological causes of divergence from obeying the species rule, to see if certain life-histories or habitats favour asexuality.

The studentship will be based the School of Biological Sciences at the University of Aberdeen. The supervision team will be led by Dr Tom Vogwill, and co-supervised by Dr Greta Bocedi at Aberdeen and Dr Daniel Pincheira-Donoso at Queen’s University Belfast. The supervisor team is multi-disciplinary but with shared interests in speciation. The project will involve both laboratory microbiology as well as bioinformatics approaches such as 16S meta-barcoding, genomics, and pan-genomics, as well as potentially other techniques such as theoretical modelling. Full training will be provided in all methodologies, and the student will acquire a range of skills which are highly transferable across the breadth of modern life sciences. Prior experience in laboratory microbiology or bioinformatics is a plus but not a necessity. The project would suit someone with either a background in evolutionary biology and willingness to learn microbiology, or a microbiologist with an enthusiasm to learn about evolutionary ecology.

A masters in evolutionary biology, ecology, genomics, or microbiology, or a very strong undergraduate degree in the same.

While all areas of life sciences have been impacted by modern sequencing technologies, due to the size of microbial genomes it could be argued microbiology has been the most heavily impacted. The pace at which new microbial genomic data is far in advance of our ability to synthesise it. Hindering this process is the search for a definition of bacterial species which can be universal applied. One of the oldest questions in biology is do bacteria form species in a comparable manner to higher organisms. There is ongoing debate about whether the current definition of bacterial species is meaningful, as it definitely cannot be universally applied to all bacteria. But an alternative view is possible, which this project will explore. Instead of looking for a universal rule, the microbial world could be explained by some groups of bacteria forming coherent, discrete species, but other groups tending towards greater asexuality. This view is consistent with current observations at a broad scale, but the project will attempt to generate the first data to support this view. The project could make a huge impact to microbial systematics as well as our understanding of the microbial world.

Year 1
Life history trade-offs of bacterial species. Laboratory work and data mining of metagenomic datasets. The lab work will focus on high-throughput phenotyping of bacterial strains, trying to identify traits with greater and consistently more variation between than within species. The bioinformatic approach will try to establish whether closely related species have shared biogeography, to see if bacterial speciation is sympatric or allopatric.

Year 2
Are bacterial ring-species real? Laboratory work and data mining of metagenomic datasets. Similar to above but focussed on a species which is known to break the current species rule, in a manner comparable to ring-species observed in higher organism.

Year 3
Why aren’t bacterial species universal? Depending on the candidate, this could laboratory based, bioinformatics, or theoretical modelling