The evolution of sociability in subsocial animals 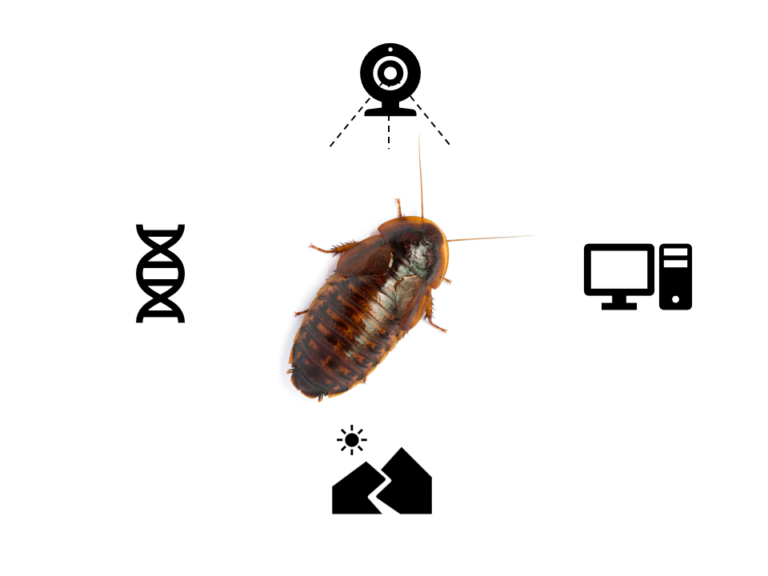 Animals of all kinds of species form groups. Group-living affects may ecological and evolutionary processes, such as the transmission of disease and information, the strength of predation pressure and resource competition, and the effectiveness of different forms of selection for driving evolutionary change. Associations with family members, mostly the mother and siblings from the same brood, is perhaps the most common form of social living, and is thought to be key for the transition from solitary living to eusociality. Juveniles associating with their mother are faced with the decision to stay, and so remain in a social group, or to leave, and to live a solitary life, and it is the ecological costs and benefits of these two different choices that determine whether more social living will evolve or not (Kramer and Meunier, 2019). However, this decision will also be strongly influenced by the mother, as she provides shelter, can provide food, and in some cases transport. A mother’s influence on the traits of her offspring, beyond those due to directly inherited genetic effects, are known as maternal effects, and can fundamentally change what traits evolve and which do not. Further, siblings can influence each other’s sociability through their behaviours such as aggression or sharing of shelters. The influence of another individual on the traits of a focal individual are known as “indirect effects”, and like maternal effects are very important for trait evolution (McAdam et al., 2014). Both maternal and indirect effects are likely to be ubiquitous in organisms living in family groups, and so could be fundamental in determining of the evolvability of traits that facilitate group living evolve, such as sociability and aggression (Kasper et al., 2017). However, how important maternal and indirect effects are for the transition from simple to more complex forms of sociality is not well known.

In this project we will explore how the influence of the mother and other individuals influences social behaviour, the decision to stay or leave a family group, and therefore the evolution of more or less social lifestyles. For this we will use the group-living cockroach Blaptica dubia, a highly tractable study organism for the study of both social behaviour and maternal effects. We will conduct experiments in a laboratory population at the University of Aberdeen to determine what drives individuals to stay in or leave groups, and how this impacts the evolvability of sociality. We will also conduct field work in South America on natural populations of B. dubia to determine the social structure in the wild, how it varies with environmental gradients, and to collect diverse specimens to estimate the degree of genetic variation in traits of interest.

Blaptica dubia is native to Uruguay and Northern Argentina. Members of the supervisory team are contacts with entomologists there and so we will liaise with them over organising field work. Each field season will take 4-6 weeks. The student and supervisory team will first focus on locating B. dubia aggregations in the wild at a single site, recording aggregation size, sex ration, age structure, and distance from other aggregations, as well as collecting tissue samples for later genetic analysis of the genetic structure of the population. Following this we will visit multiple sites along an environmental gradient and collect data on social structure from multiple populations.

Essential: a 2:1 or higher in a relevant degree (Zoology, Animal Behaviour, Evolutionary Biology, or similar). Experience conducting research on arthropods (in the lab or field) and/or experience studying social behaviour. Good quantitative skills.

The student will be trained in experimental design, data collection using video camera and automated tracking methods, fieldwork in challenging conditions, genetic analyses, and the writing up and dissemination of scientific results. While there is an initial outline plan for the project, we aim to recruit an ambitious and motivated individual who will determine the direction of the research with guidance from the supervisory team.

Why animals form groups when this greatly increases resource competition is an enduring question in evolutionary biology. Answers to this question have primarily been achieved by studying highly social animals such as cooperatively breeding birds and mammals and eusocial insects. This has neglected organisms with simpler, but no less interesting, forms of social structure such as extended associations in family groups. Yet such lifestyles are very common, and likely to be very important for the subsequent evolution of more cooperative behaviours. This project will explore key mechanisms, the action of maternal and indirect effects, that can explain variation in and the evolution of increased individual sociability. Further, the project will give us a better understanding of the behaviour of Blaptica dubia in the wild. This species is becoming more studied in the laboratory, is incredibly widely used in the pet trade as source of feed for pet reptiles, and has great potential to be used as a food source more widely. However, its life in the wild is barely studied and its natural behaviour nearly unquantified. This research will therefore fundamentally advance our knowledge of the evolution of social behaviour generally, while providing important information about the biology of an increasingly important organism.

This project benefits from an expert supervisory team combining the research excellence of both the University of Aberdeen and Queens University Belfast. Dr Fisher has pioneered the integration of social network analysis and evolutionary change and has worked on a wide range of species (from fruit flies and crickets to both solitary and social spiders and even squirrels and dolphins) across three continents. He has an exemplary track record in studying social behaviour in invertebrates and in advanced statistical techniques to make sense of complex biological datasets. Dr Arnott studies social interactions from the viewpoint of competition, using both empirical and theoretical approaches across a range of both solitary and social vertebrates and invertebrates. He frequently applies his expertise to applied problems, helping to answer important questions about aggression and welfare in livestock and companion animals. Dr Lancaster focuses on understanding the complexities of evolution in response to both social and environmental pressures. She has numerous publications on the role of indirect genetic effects and social selection in maintaining phenotypic diversity within populations and promoting adaptation along environmental gradients in the wild.

First, the student will engage in mandatory induction, training, and health and safety events, and review the literature in the field (September 2023 – January 2024).

Second, following appropriate training, the student will design and run laboratory assays to estimate the indirect and maternal effects on individual sociability, using individually marked cockroaches. They will then design experiments to test how environmental variation influences the decision to leave or stay in family groups. At this point the student, together with the supervisory team, will start planning for the first field season (December 2023 – May 2024).

Third, the student will travel to field sites in South America to study native populations of B. dubia, record the characteristics of natural aggregations across their home range, and take tissue samples and live individuals to analysis back in the UK (during May 2024 – July 2024 but not for the entirety – see “Supplementary project info”).

Finally, the student will compile their work into a thesis, and disseminate their work through publications in academic journals and presentations at academic conferences (July 2026 – March 2027).