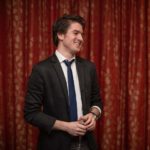 Not many people can say that they benefited from the COVID-19 outbreak in some way, especially not professionally. In these strange and stressful times many placements were cancelled and lots of employees were made redundant. I too have lost opportunities that I had already secured, but had been cancelled, nevertheless. Retrospectively, I am really glad it turned out this way.

When I heard about the NERC-QUADRAT Research Experience Placement Scheme I already thought that this was just what I needed. Contributing to a research project would be an invaluable experience, as one day I would like to write my own research proposal. I proceeded to read the list of projects available in the scheme and to my luck there was one that was perfect for me. It was: “Implementing a Machine Learning Approach for the understanding of social learning in honeybee foragers”.

It was just perfect! I am finishing my BSc. in Mathematics & Computing Science this academic year and my plan is to jump straight into a masters’ degree in Artificial Intelligence after that. Therefore, developing a Machine Learning Approach used in actual research meant a huge academic boost for me.

I am already between two departments with this degree, but I was super excited to collaborate with the School of Biological Sciences as well, further strengthening the bond between departments. As a team of three, we each brought our unique skillset to the project. It was really refreshing to work with scientists from fields other than Computing Science.

During the 10 weeks of this project, I worked closely with the researchers to identify the genes that play a key role in the ‘waggle dance’. We worked with the programming language R, which is quite common in this setting. This has been something I looked forward to learning but had not had the opportunity to do yet. Consequently, my supervisor booked a 5-day crash course for me on Physalia, which was generously funded by the scheme. Now, at the end of the project, I would like to believe that I became quite proficient with it.

We trained several machine learning models, such as Support Vector Machines, Random Forests and Recursive Feature Elimination. The goal was to reduce the size of the feature set (the genes) to a handful of important ones that can identify the bee that they came from. We used these approaches comparatively, to see which genes get picked up by most or even all of them.

By meeting regularly, and documenting each approach well, at the end of the project we have successfully compiled a list of possible genes that play a great role during the ‘waggle dance’ of honeybee foragers. I also gained strong connections to the School of Biological Sciences at the University of Aberdeen and to other NERC-QUADRAT students. To summarise, this has easily been the most interesting project I have contributed to in my career so far.