A world beneath the ground 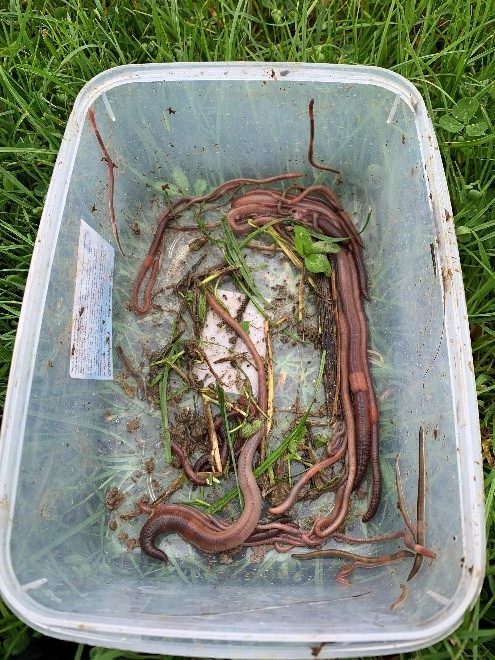 Since the COVID-19 pandemic took myself, and the world, by surprise, many research projects had to adapt… including my own. If you would have me told at the start of my PhD that I would have developed an enthusiasm and fascination for earthworms, I probably would have suggested for you to have a lie down. But here we are, and I am not ashamed to say it; earthworms are one of my passions. In today’s ChrisBLOG, I will cover how on earth-worm this happened and why you should consider our wriggly friends important too!

The focus of my PhD research is to try and merge the fields of ecology and parasitology, in an attempt to consider how different pasture fauna may influence the transmission of gastrointestinal parasites. One of my main methods to achieve this aim is the use of mesocosms (which I will cover in a future blog), however these require a huge amount of time for set-up, which was not available due to COVID lockdown. As such, I wanted to undertake data collection that could be achieved independently, whilst providing valuable data towards my research goal. This is where earthworms come in.

In current agricultural practice, a large proportion of farmers often sow a particular grass, known as perennial rye grass, into their pasture fields for their animals to graze on. Some farmers instead leave their pastures over large periods of time, allowing natural processes to dictate plant coverage, which can be termed permanent pastures. A more recent method is to sow many different plant species, including grasses, herbs and legumes, into the pasture, which has been shown to increase animal performance, however, current uptake of this practice is low. As you may have guessed, each practice changes the ‘above-ground’ plant diversity, but that made me wonder what was the subsequent impact on ‘below-ground diversity’? Here, the idea was formed that perhaps improving the biodiversity on the pasture may improve the biodiversity within the soil, potentially changing earthworm abundance and community composition.

Naturally, the next step was to set out investigate this hypothesis. I began looking for methods to extract earthworms where I found a brilliant mustard extraction protocol. It turns out that the ‘sizzling nose’ sensation you get when you eat a hot mustard also applies to earthworms, causing them to move out of the solution. Before long, my kitchen became a mustard solution factory. Mustard everywhere. Every day I would head out to my field sites, apply my mustard solutions and begin collecting earthworms across different pasture types to test this hypothesis. After 3 months of data collection, I had collected a wealth of data that could help me analyse how earthworm communities may be shaped by pasture herbage, and a newfound appreciation for all types of earthworms. 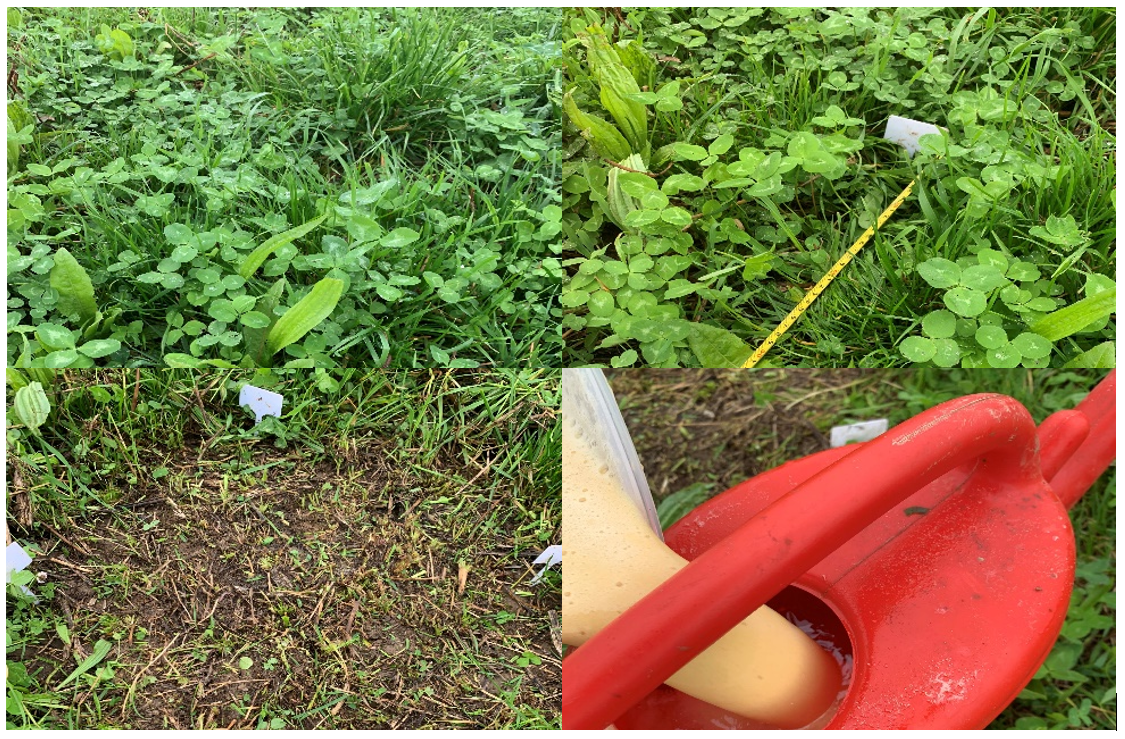 It turns out, earthworms have great personalities, and they are often rather stereotypical based on the species that they are. For example, there is a species of anecic (deep-burrowing) earthworm known as Aporrectodea Longa and individuals are often very temperamental and irritable. They often come out of their burrows half-way and seem incredibly reluctant to do… well anything really. When handled they are strong, powerful and highly uncooperative and when left to emerge further from their burrows before handling, I like to think of them as very grumpy. Then you have the epigeic (surface-dwelling) earthworm Satchellius mammallis… or as I like to call them, Speedy Gonzalez. I did not think an earthworm would ever out pace me, but this species proved me wrong during my first few trial samples. Thin and slender, but with the power of what feels like a small jeep, this species can dart across the soil at speeds that I didn’t think was possible for a moving hot dog. They also seem to lie still just before you approach them, as if to say “try it”, before they enter warp speed. My final earthworm personality I will discuss today is that of my favourite species that is also great fun to say… Allolobophora chlorotica. What a worm. This endogeic (soil-dwelling) species often exudes a calm and tranquil aura, whilst being one of the easier species to identify. When they reach the soil surface, they often lounge around, providing little resistance to capture and instead enjoy soaking up the sun’s rays and the brief attention they receive upon capture (or at least this is how I like to think of their behaviour).

The data that I collected for this work I have turned into a chapter for my thesis and is currently in the publication process, for what could be my first published paper. This will make the content for my next blog post, so stay tuned!