Aberdeen Geological Society: The evolution of the Highland landscape 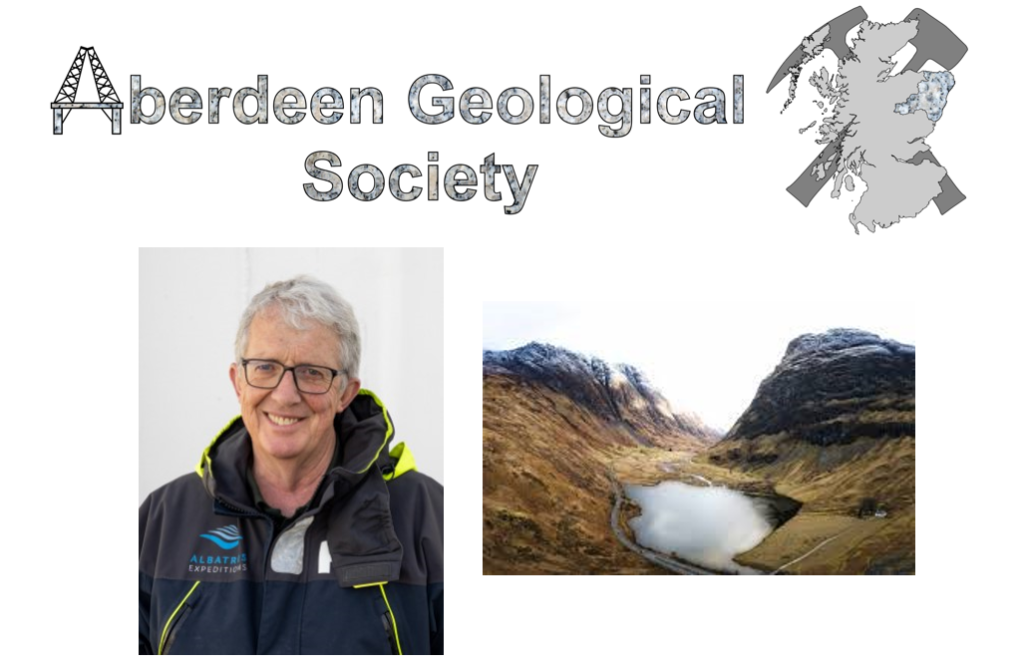 ‘The evolution of the Highland landscape’

The Highland landscape is iconic, and commonly ascribed to the effects of glaciation.  This talk explores the deep time influences on the modern landscape and suggests that what we see is a much more ancient topography than our school geography textbooks suggested.  As anyone who has walked the hills of Scotland knows, there is no single highland landscape – the islands differ from Knoydart, which is different from Torridon, which in turn is distinct from the Nevis ranges, and all differ greatly from the round shouldered giants of the Cairngorms and Aberdeenshire.  Some of these differences will be explored in detail in this talk.

It is well known that the rounded hills of our western peninsulas have emerged from a cover of Torridonian strata, but new research on Lewis suggests that these Precambrian hills and valleys were also buried in Triassic times.  In the eastern highlands, Alex Bremner (in the 1940s) suggested that the river system had a Devonian origin – a point reinforced by the paleogeographic work of Nigel Trewin and by subsequent topographical modelling.  These observations will be explored and compared with theories ascribing formation of the Cairngorm plateau to Mesozoic marine inundation.  This topographic longevity also has interesting implications for the exhumation history of NW Europe.

David Macdonald has had a varied career as a geologist in some of the remotest parts of the world.  He graduated in geology from the University of Glasgow and joined the British Antarctic Survey (BAS) as a geologist, working on the island of South Georgia for two long field seasons, gaining a PhD from Cambridge for his research.  After postdoctoral work at Keele, he joined BP, working on projects in Sabah and the New Guinea highlands.

David rejoined BAS as a team leader, doing five more Antarctic expeditions and reaching the South Pole, courtesy of the US Navy (but not by ship).  He was awarded a Polar Medal in 1987.  In the 1990s he was Chief Geologist of CASP, an Arctic research organisation based in the University of Cambridge.  He managed frontier geological projects across the globe, undertaking personal expeditions to Spitsbergen, East Siberia, Sakhalin, Patagonia, and the Falklands.  He left CASP in 1999 to take up the Chair of Petroleum Geology at the University of Aberdeen; he worked on projects in Russia, California and Brazil.  He retired from the university in 2018.  He now works part-time for Albatros Expeditions as a lecturer and expedition guide in the Arctic and Antarctic.