Aberdeen climate activist to share experience at the UN 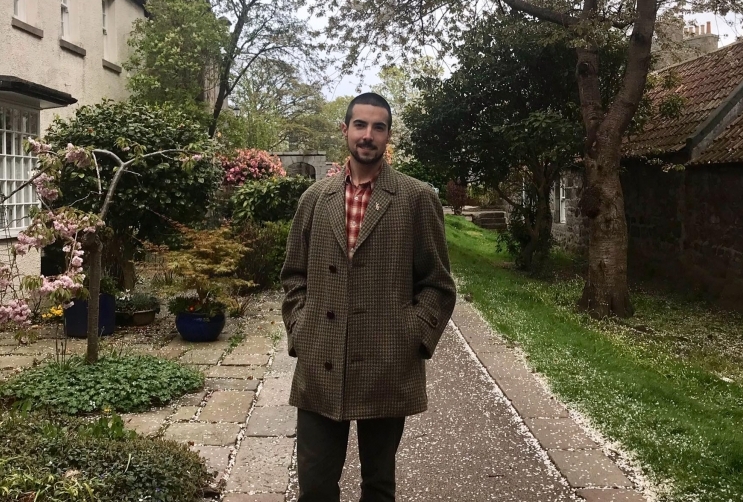 An Aberdeen student has spoken at the United Nations 75 Global Peace Inter-Generational Dialogue for Scotland and has now been invited to contribute to a high-level meeting of the UN General Assembly.

Tomás Pizarro-Escuti, who is in the fourth year of a degree in History and International Relations, represented the University of Aberdeen at the Dialogue which explored the pressing global issues affecting communities across the country.

It provides a forum for young future leaders to communicate with current leaders on their aspirations for what a better world should look like and offer inputs on how to shape it.

Tomás is the Head Coordinator of the Student Climate Network and as Co-founder of the Climate Academy, a project aimed at teaching primary school children about climate-related issues.

He talked on global inequality and climate activism. The integenerational dialogue was also used to contribute views to shape a high-level General Assembly meeting to commemorate the 75th anniversary of the United Nations on September 21 on the theme, ‘The Future We Want, the UN We Need: Reaffirming our Collective Commitment to Multilateralism’. Tomás has also been invited to a UN Global Meeting in October with the Secretary-General, António Guterres.

Tomás said: “I had the opportunity to express my concern about states not fulfilling their Paris Agreement Accord pledges.  The Intergovernmental Panel on Climate Change has warned the world that if the global greenhouse emissions do not fall by 45 per cent by 2030, reaching net zero in 2050, it is unlikely that the Paris Agreement will reach its goal. At the moment, the vast majority of the countries are not meeting their Paris Agreement targets, and the UK is no exception.

“I was humbled, grateful, and honoured to represent the University and Scotland. I was very nervous, and I had to study a lot because I was not sure what they would ask me or what they would expect me to talk about.

“This experience was very challenging for me because English is not my mother tongue but it helped me to get out of my comfort zone.