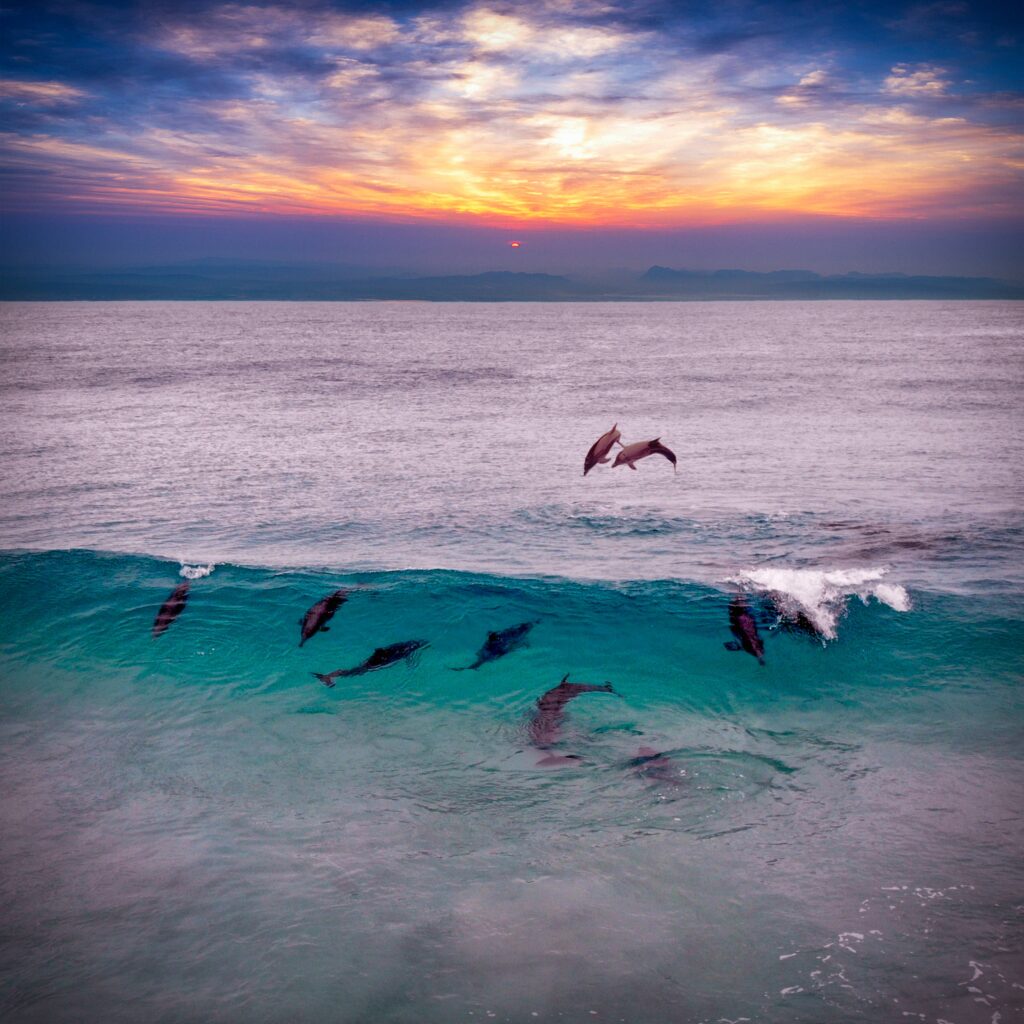 Researchers have found a way to remotely determine if protected female bottlenose dolphins are expecting a calf using aerial photos taken from drones.

By measuring the body width of the cetaceans captured in the aerial images the scientists can establish which females in the group are pregnant.

The study, from University of Aberdeen researchers based at the Lighthouse Field Station, Cromarty, in collaboration with Duke University in the USA and their Marine Robotics and Remote Sensing Laboratory (MaRRS), is the first to non-invasively establish whether the female bottlenose dolphins are pregnant.

Published in Remote Sensing in Ecology and Conservation the study shows that researchers can gather data on failed pregnancies which could provide information on an individual’s health and help identify the causes of changes in the population, for example due to lack of food.

Scientists from the University have been monitoring the bottlenose dolphin population that uses the Moray Firth Special Area of Conservation for more than 30 years.

For this study the researchers compared the aerial images to information from this long-term study including whether the females had had a calf and their age.

Research Fellow in the School of Biological Sciences Dr Barbara Cheney, who is based at the University’s Lighthouse Field Station, explains: “Previously we only knew if female bottlenose dolphins were pregnant if they were later seen with a calf. As a result, we only knew about successful pregnancies, and didn’t know how many pregnancies failed or how many calves died before we saw them.

“The main aim of the study was to explore whether we could remotely determine pregnancy status from aerial photographs taken using an unoccupied aerial system or drone.

“Similar studies have been carried out for larger whales but as far as we know this is the first time it has been done for small cetaceans.

The researchers carried out five boat-based surveys in July and August 2017 and a total of 64 dolphins were identified. Just one of the 15 dolphins whose pregnancy status was known, was incorrectly identified as being not pregnant.

Dr Cheney added: “Data on failed pregnancies could provide information on how healthy a particularly dolphin is as well as helping to identify the causes of changes in the population.

“We know that reproductive failure has been linked to harsh environmental conditions, pollution and naturally occurring toxins but previously we have only been able to estimate the impact in populations where animals are easy to capture or remotely sample.

“Gathering Information is also particularly challenging in cetaceans that are highly mobile and spend much of their time underwater. This study will provide us with a wealth of new data to further improve our knowledge and understanding of reproductive success in bottlenose dolphins.”

Photo by Nick Dunn on Unsplash