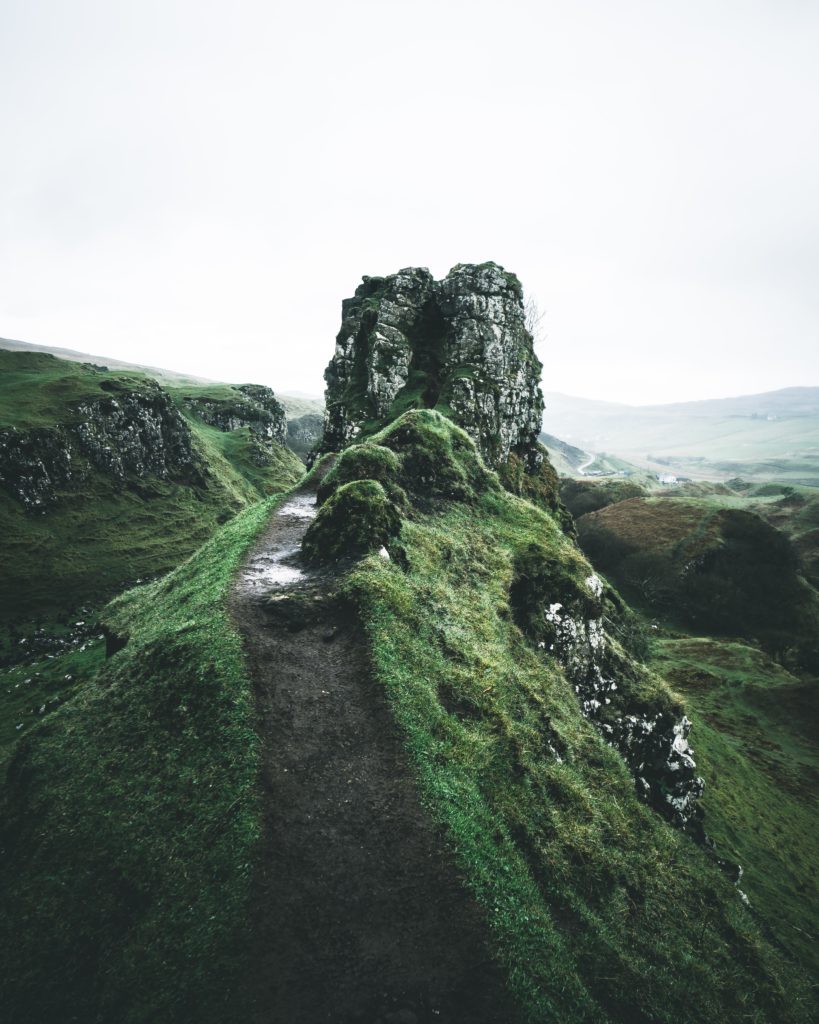 A spectacular hillfort overlooking a tiny Aberdeenshire village has been revealed as one of the largest ancient settlements ever discovered in Scotland.

University of Aberdeen archaeologists have uncovered evidence that up to 4,000 people may have lived in more than 800 huts perched high on the Tap O’ Noth close to the village of Rhynie.

Radiocarbon dating suggests the fort – a settlement within a rampart which encloses an area of around 17 acres –  was constructed in the fifth to sixth centuries AD and that settlement on the hill may date back as far as the third century AD, meaning it is likely to be Pictish in origin.

Their discovery means that the area, which today is a quiet village home to just a few hundred people, once had a hilltop settlement that at its height may have rivalled the largest known post-Roman settlements in Europe.

Archaeologists from the University have conducted extensive fieldwork in the surrounding area since 2011 but had previously focused on the lower valley long noted for its Pictish heritage thanks to the famous Rhynie Man standing stone found on Barflat farm.

Here at a settlement in the valley they discovered evidence for the drinking of Mediterranean wine, the use of glass vessels from western France and intensive metalwork production which suggested it was a high-status site, possible even with royal connections.

However, the hillfort overlooking it at the top of Tap O’ Noth had generally been assumed to date from the Bronze or Iron Age.

Professor Gordon Noble, who led the research, described the discovery through carbon dating that activity at the site extended into the Pictish period as the ‘most surprising of his career’.

“I was absolutely stunned when I read the results,” he said. “We took samples from the site really just to begin placing the important discoveries we have made at Rhynie over the last few years in a broader geographical context.

“Because of the sheer scale of the fort and its location clinging to the side of a hill at the edges of the Cairngorms, some scholars had suggested occupation dated from a time when the climate was warmer, possibly during the Bronze age, and our earlier excavations have shown the vitrified fort on the summit of Tap O’ Noth dated to 400-100 BC.”

“Over the last two years we have been investigating the lower fort at Tap O’ Noth which is enclosed by a rampart that encircles the lower slopes of the hill.

“The results of the dating were simply incredible. They show that the huge fort dated to the fifth to sixth centuries AD and that it was occupied at the same time as the elite complex in the valley at Barflat farm. Dating shows that settlement on the hill extended as far back to the third century, but both hut platforms excavated also had fifth to sixth century AD phases.”

The Aberdeen team then conducted drone surveys and utilised laser technology which showed that there are hundreds of hut platforms within the fort – perhaps as many as 800 – making it one of the largest ancient settlements discovered in Scotland.

The distribution of the buildings suggests they are likely to have been built and occupied at a similar time as many are positioned alongside trackways or clustered together in groups. Drone surveys also showed that within these groups was one notably larger hut, indicating that there may have been some form of hierarchical organisation within the fort.

Professor Noble added: “The size of the upper and lower forts together are around 16.75 hectares and one phase at least dates from the fifth to sixth centuries AD.

“The Tap O’ Noth discovery shakes the narrative of this whole time period. If each of the huts we identified had four or five people living in them then that means there was a population of upwards of 4,000 people living on the hill.

“That’s verging on urban in scale and in a Pictish context we have nothing else that compares to this. We had previously assumed that you would need to get to around the 12th century in Scotland before settlements started to reach this size. We obviously need to do more to try and date more of the hut platforms given there are hundreds of them, but potentially we have a huge regional settlement with activity emerging in the Late Roman Iron Age and extending to the sixth century.

“It is truly mind blowing and demonstrates just how much we still have to learn about settlement around the time that the early kingdoms of Pictland were being consolidated.”

Bruce Mann, Archaeologist for Aberdeenshire Council said:  “To say these results are completely unexpected is an understatement. However, they could be key to understanding changing settlement patterns at the time. In the early centuries AD there were widespread small communities scattered across the landscape. These then largely disappear during the time of the Roman campaigns and we’ve struggled to understand what happened. Perhaps now we have evidence of people coming together in large concentrations at a handful of places, a reaction to the threat of external invasions.”

Kevin Grant, Archaeology Manager at HES, added: “We have supported the University of Aberdeen and the Northern Picts Project though our Archaeology Programme grants for a number of years, and it continues to produce fascinating results. The findings at Tap O’ Noth represent a discovery of international significance, suggesting the site may have been far larger than any previously known in Britain in the period. Discoveries like this show how a focused and considered approach to scientific dating can produce high quality results which is why we continue to work with our partners and SUERC to support archaeological science’

Cllr Jim Gifford, Leader of Aberdeenshire Council, said: “This find of historic importance will be of huge significance. Aberdeenshire is an already popular tourist destination due to its picturesque mountains and coastline as well as its rich history and cultural traditions.

“Like everywhere, our communities and businesses have suffered financial hardship due to the Coronavirus (Covid-19) pandemic so I am hopeful that once restrictions start to be lifted, and of course when it is safe to do so, visitors from far and wide will flock to Aberdeenshire to explore this find and act as a welcome boost to the local economy.”