How is coronavirus affecting animals? 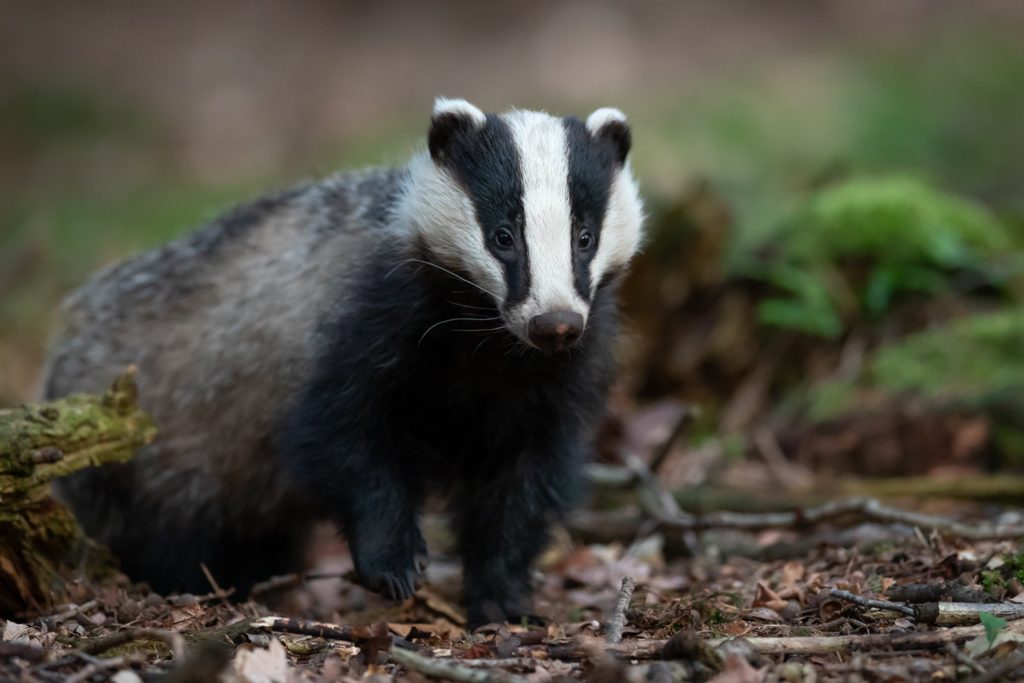 From wildlife roaming free in deserted urban areas to a captive tiger with coronavirus, the impact Covid 19 has had on animals is explored by Dr Neil Reid, Senior Lecturer in Conservation Biology.

Quarantine and lockdown measures to prevent the spread of coronavirus has put life as we know it on hold, but life has also changed for wildlife and animals around the world. Social media has been set alight with images of mountain goats running amok in a Welsh town; of dancing mice in a London underground station and of wild boars in the centre of Barcelona. Dr Neil Reid, Senior Lecturer in Conservation Biology at Queen’s explains: “Less incidental human disturbance (noise, smells, movement etc.) may result in wild animals increasing their movements and ranging behaviour and entering areas not usually used and, therefore, encountering humans.”

While the sight of monkeys brawling in deserted tourist hotspots makes for viral online content, it highlights a more serious issue for species that rely on foraging in urban areas. “Species associated with, and dependent on humans as a source of food, for example, urban gulls and pigeons may have substantially reduced opportunities to forage on spilled foods and leftover takeaways.” With empty bins reducing rummaging opportunities, fierce competition for natural food sources could have dire consequences for these scavenging species. “This could cause starvation, lower breeding success and perhaps cause population declines,” says Dr Reid.

Dr Reid adds that other species may thrive now that humans are on lockdown: “Reduction or suspension of human landscape maintenance, such as road verge cutting and herbicide spraying along footpaths may allow wildflowers to proliferate providing additional food resources for pollinating insects such as bees and butterflies. Allowing weed species to grow may provide food and refuge for the larval stages of insects such as caterpillars, perhaps benefiting invertebrates and their predators such as birds. We may see more sightings of bees and butterflies later in the summer as a result.”

You may already have noticed more wildlife in your back garden, but this could simply be because you are suddenly paying attention. “With less traffic and aircraft, everyone socially distancing at home has time to observe and notice wildlife they previously didn’t, not least because they are bored and paying more attention to the outside they long for but can no longer reach” says Dr Reid.

This could have benefits for both birds and humans, Dr Reid explains:

“Traffic and aircraft noise pollution means urban birds sing at a higher pitch and louder than their countryside counterparts, which takes more energy. This results in them lowering investment in other activities, for example, growth or their immune responses. Greatly reduced traffic and aircraft noise may allow birds to reduce the pitch and volume of their songs reallocating resources to other activities.”

While for humans, this increased contact with nature can reduce anxiety. “Greater contact with nature is known to be associated with benefits for mental health which may go some way to offsetting the stresses of isolation and reconnecting people with what matters: the real (as opposed to virtual) world,” says Dr Reid.

The coronavirus is thought to have originated at a market selling wild animals, shining a spotlight on the global wildlife trade. “All novel pathogens in the human population must jump the species barrier from other animals. This is rare and can only occur when humans come into very close contact with animals harbouring highly flexible diseases. Our destruction of wild habitats forces animals and people closer together by driving wild animals into human regions of agriculture or suburban or urban areas whilst we venture further and further into the dwindling patches of remaining wilderness to exploit their remaining resources,” says Dr Reid.

“The market in illegal animals is enormous and comparable to the international trade in illegal narcotics,” Dr Reid adds.

“Many wild species are eaten in the form of bushmeat in many parts of the world due to food insecurity or traditions of local peoples (for example bats). Often animal body parts are used in traditional medicines, aphrodisiacs or as talismans (for example, pangolins) and their butchery in the insanitary conditions of so-called wet wildlife markets provides the ideal opportunity for a plucky virus to jump, for example, into the nick of an open wound by a dirty blade.

“It is currently hypothesised that bats via pangolins may be the most likely source of the current pandemic where pangolins are one of the most trafficked animals on earth; their scales (made of keratin-like human fingernails) are ground and used in traditional medicines whilst their flesh may be eaten. Neither animal is to blame for the pandemic, nor are the traditions behind their use, but rather our collective failure (internationally) to educate, outlaw and ban their use. It is now clear there is an imperative that live animal markets, illegal poaching and animal trafficking needs to be internationally banned not just because of the danger it poses to biodiversity but also, as is now very clear, the danger it poses to us.”

While the global COVID-19 pandemic is believed to have started with animal-to-human transmission, reports that a tiger at a New York zoo tested positive for coronavirus would suggest it may pose a wider risk to non-human animals. “Evidence is emerging that SARS-CoV-2 may infect other species with which humans are close, for example, cats including a tiger in the Bronx Zoo,” said Dr Reid. Adding “Calls have already been made to raise the alarm over our closest living relatives, the great apes (orangutans, gorillas and chimpanzees) all of whom are already highly threatened and vulnerable to extinction without the further threat from infection by coronavirus.”

Dr Reid warns that more global pandemics may be to come in the future. “Disease outbreaks are to be expected when individual animals are at high density where infection and circulation can easily occur. The human population, now 7 billion, is expected to grow to up to 11 billion by the end of this century, with ever more of us crowded into cities (it is no coincidence that New York has seen one of the highest COVID-19 infection rates),” he says.

“It is human population growth indirectly, or more precisely our consumption directly, that is causing the current duel biodiversity and climate crises through our non-sustainable consumption of the earth’s resources. Habitat destruction, exploitation of wild species, higher human population densities and near instantaneous global travel- with an increasing proportion of the world’s population travelling- is a good recipe for the emergence of pandemics. It is no coincidence that bird flu, swine flu, MERS, SARS, Ebola and COVID-19 have all occurred in recent decades.

There is, however, an opportunity Dr Reid suggests: “The current pandemic crisis demonstrates that nations can mobilise swift, radical, financially sizable action in response to a global emergency. This may be an opportunity to ensure we do not return to a ‘business-as-usual’ mindset. We need a just transition to a green global future with sustainable degrowth where we value community, our physical and mental health and our environment, where Gross Domestic Happiness is the key metric. I think now more than ever before, people are seeing what really matters.