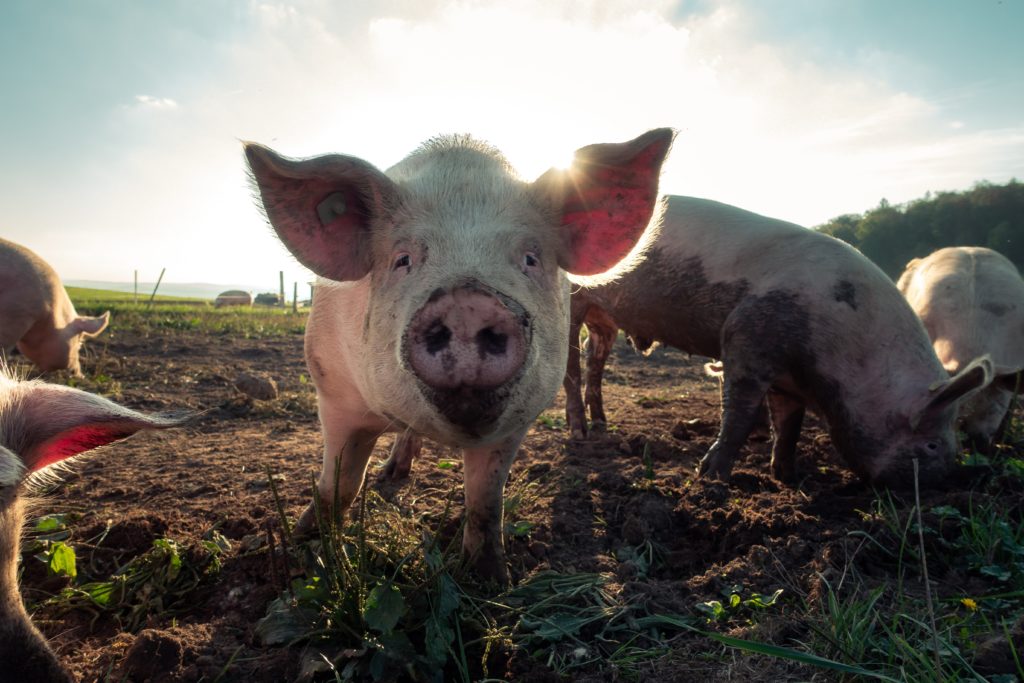 The carbon footprint of British pig farming has reduced by almost 40% over the last 20 years, according to a new study, using a new methodology, led by IGFS.

The independent research, funded by the EU, drew its conclusions from historic data on livestock systems across England, Scotland and Wales. Because the data on agricultural inputs was sparse, a new research methodology was developed in which outputs were used to retrospectively estimate inputs – a process called ‘inverted modelling’.

Northern Ireland was not included in the study, but there are plans to extend the methodology to NI in the near future.

Globally, agricultural systems have come under pressure to reduce their carbon footprint and the UK government has set a target of ‘carbon neutral’ farming by 2050.

Calculating the carbon footprint of a farming system is a complex metric involving a large number of indicators including what kind of fuel is used on the farm, how the soil is cultivated, the style of land management and the types of animals and crops being farmed.

Although the environmental impact contribution per unit of meat from pig systems is relatively low, pig meat is the meat type most produced and consumed globally (FAO STATs, 2019) and thus contributes significantly to several forms of environmental impacts. In 2013 it was estimated that the total contribution of pig systems to greenhouse gas (GHG) emissions was 668 million tonnes CO2 – roughly 10% of GHG emissions produced by livestock systems overall.

In addition, pig systems are considered to be major contributors to the acidification and eutrophication of the environment due to emissions of nitrogen and phosphorous from manure storage and spreading.

In this new study, an overall drop in carbon footprint was evidenced across the pig farming sector, breaking down, for indoor and outdoor-bred pigs respectively, to reductions of 37.0% and 35.4% for Global Warming Potential (commonly known as carbon footprint); 21.2% and 16.4% for Terrestrial Acidification Potential; 22.5% and 22.3% for Freshwater Eutrophication Potential; and 15.8% and 16.8% for Agricultural Land Use.

The role of animal feed was found to be central to the environmental impact of pig farms – accounting for between 75-80% of carbon footprint. Changes to feed ingredients, therefore, had the potential to significantly alter the carbon rating of pig farms and the industry as a whole. Specifically, the increasing trend of replacing soya imported from South America (which has a high environmental footprint associated with deforestation) with home-grown crops such as rapeseed and sunflower meal to feed pigs was found to have a significant mitigating effect on environmental outputs.

Advances in animal nutrition and feedstuff availability were also found to have had a beneficial effect, particularly the increased availability of synthetic amino acids and enzymes, the price of which decreased over the time period in question. When added to domestic feedstuffs like rapeseed, these supplementary ingredients increased nutrient availability and improved feed balance, which was found to have reduced nutrient excretion in manure whilst boosting animal productivity by as much as 30%.

The study also found that such supplements in animal feed helped lower levels of phosphorous in run-off from pig manure by more than 20%, reducing the contribution of pig systems to freshwater pollution.

Changes in animal performance due to breeding for leaner and faster growing pigs, increases in number of piglets born per sow per litter and reductions in overall mortality were also found to have contributed significantly to a reduced environmental impact. For example, advances in breeding leaner and faster-growing pigs alone was found to lower carbon footprint by 20%.

The study was led by Professor Ilias Kyriazakis from IGFS in collaboration with other UK institutions, interrogating publicly available Agriculture and Horticulture Development Board (AHDB) data from Great Britain from 2000-2020. He believes it’s the first time inverted modelling has been used to investigate the environmental impact of any livestock system, marking a departure for research into the whole area of farming and carbon. The research has been published in the Agricultural Systems journal following peer review.

Prof Kyriazakis said: “The reason this research is so significant is that it shows an area of livestock farming where carbon footprint has been reducing over the past 20 years, almost ‘under the radar’.

“We hear a lot these days about the need for farmers to reduce their carbon outputs for the sake of the environment, especially as it applies to beef and dairy cattle farming. There is much more attention focussed on ruminant food systems as they produce higher GHG emissions.

“But I believe there are important lessons to be learned from this study – not only for better environmental management as it relates to pig farming, but potentially for all livestock systems. Some of the improvements identified in this study could potentially be applied to other animal systems, which would ultimately help move our collective agriculture systems towards a carbon-neutral model.”