Potential risk to dolphins due to unique fasting habits 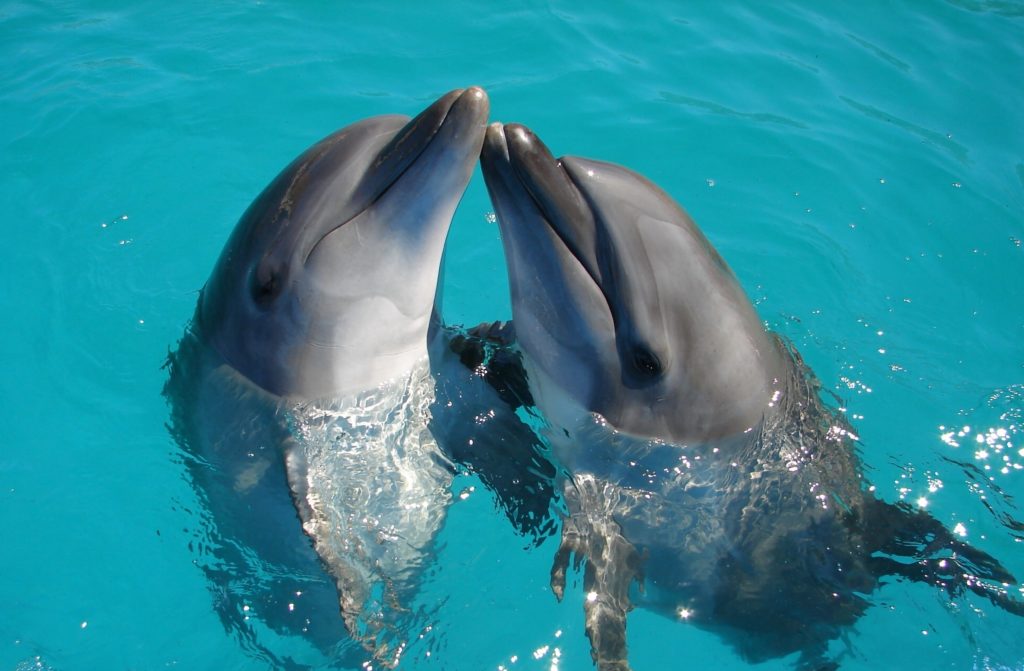 Dolphins could be at risk if their foraging opportunities are impacted due to man-made disturbances such as shipping, tourism, coastal development and oil and gas exploration.

Human-caused disturbance could result in the movement of prey away from dolphin foraging areas, the displacement of dolphins off of their foraging grounds, or could reduce the ability of dolphins to forage even if both dolphins and prey remain in the area of the disturbance. As a result, dolphins may spend more energy trying to catch food, catch less food, or even be forced into a fasting state because they cannot obtain food.

Researchers from the University of Aberdeen, National Marine Mammal Foundation and the Technical University of Denmark (DTU) studied the ‘fasting response’ in bottlenose dolphins (ie when the dolphins are unable to find food) to see how dolphin physiology changes when food is not available. They discovered that the fasting response differs from that of terrestrial mammals and other fasting-adapted marine mammals.

When dolphins re-entered the ocean 50-60 million years ago, they had to adapt to a diet that was high in fat and protein but lacking carbohydrate.

Dr Davina Derous from the University of Aberdeen said “Dolphins have gone through huge changes in their physiology as they evolved to adapt to life in the oceans. One of these big changes is energy storage. To avoid getting cold, they adapted a thick layer of fat around their body which acts as an insulator. So there are constraints on dolphin energy budgets that are unique to the fact that they need to maintain this layer of fat to survive. Their diet is also really poor in sugars, and so the fundamental building block of animal metabolism – a sugar called glucose – is a rare commodity in their diet.”

While previous studies suggest that dolphin metabolism has potentially adapted to the dietary constraints of ocean prey, this new research published in the Journal of Experimental Biology found that the metabolic response to food deprivation in dolphins is also different to terrestrial species.

Dr Dorian Houser from the National Marine Mammal Foundation said: “Typically, when terrestrial mammals stop eating, levels of blood sugar begin to drop and the body taps into its sugar reserves for energy. There is a gradual transition to the use of long-term energy stores, which are predominantly fat and to a lesser extent muscle. In dolphins however, blood sugar levels increase when they stop eating and they seem to move directly into a greater reliance on fat. Along with other physiological changes associated with fasting, the dolphin appears to enter a diabetic-like state.”

“We believe the fact that the dolphin diet is almost devoid of sugar but high in protein and fat has led to some interesting evolutionary adaptations to protect glucose, a key fuel for metabolism. Once fasting, the dolphin quickly switches to a form of gluconeogenesis, which is the process of making sugar from fat and protein. We don’t quite understand the exact chemical pathways that are being used, but we suspect the process supports their ability to optimize the use of fat to meet their energy needs.”

Using a process called metabolomics, in which hundreds of compounds within a sample of blood are measured simultaneously, the researchers were also able to show that food-deprived dolphins have a sort of metabolic “fingerprint” that shows when they are not eating. Being able to identify this negative energy state is of great interest to conservation physiologists as it could be a useful tool for determining when populations of dolphins have their opportunities to feed disrupted. The disruption of feeding due to human activity in the ocean is one of many conservation concerns for marine mammals, and the fingerprinting tool could help identify when dolphins are at risk due to things such as fishing, seismic exploration, shipping, or sonar activity.

Professor David Lusseau from DTU Aqua added: “We hope this study can help to inform when human activities are becoming conservation threats because of the disturbances they create. This study indicates that the way we thought foraging disruption would impact the life of dolphins did not capture the speed at which their bodies respond to a lack of food. It may be that conservation threats could emerge earlier than we thought.”