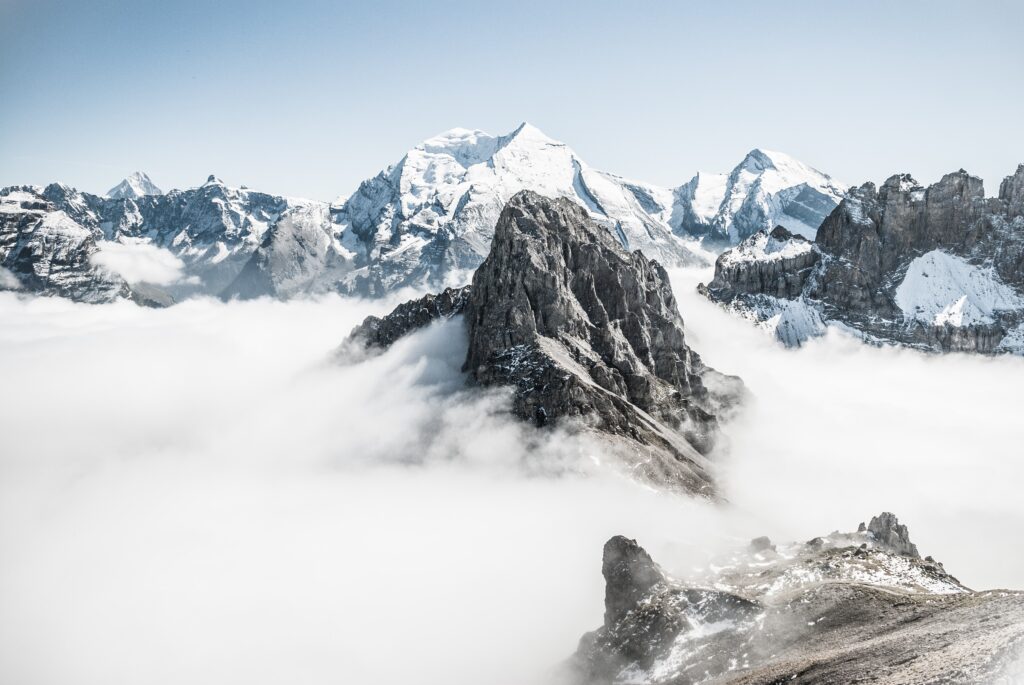 An unprecedented abundance of oceanic life played a crucial role in the creation of Earth’s mountains, a landmark study led by scientists at the University of Aberdeen has revealed.

While the formation of mountains is usually associated with the collision of tectonic plates causing huge slabs of rock to be thrust skywards, the study has shown that this was triggered by an abundance of nutrients in the oceans 2 billion years ago which caused an explosion in planktonic life.

When the plankton died, they fell to the ocean floor, eventually forming graphite which played a crucial role in lubricating the breakage of rocks into slabs, enabling them to stack on top of each other to make mountains.

Research has revealed that the amount of planktonic life was unusually high in this period, thus creating the necessary conditions that were crucial to the emergence of mountains over millions of years.

Professor John Parnell, from the University’s School of Geosciences, led the research, which was funded by The Natural Environment Research Council (NERC) and has been published in the Nature journal Communications Earth and Environment.

He commented: “Mountains are an essential part of the landscape, but big mountain chains only formed half-way through Earth’s history, about two billion years ago.

“The geological record for this period includes evidence of an abundance of organic matter in the oceans, which when they died were preserved as graphite in shale.

“While it has long been known that tectonic processes were lubricated, our research shows that it was the sheer abundance of carbon in the ocean that played a crucial role in the crustal thickening that built the Earth’s mountain ranges.

“We can see the evidence in the northwest of Scotland, where the roots of the ancient mountains and the slippery graphite that helped build them can still be found, in places like Harris, Tiree and Gairloch.”

Study co-author Dr Connor Brolly, from the University of Glasgow, said: “Graphite buried in Earth’s crust is in high demand for future green technology, for use in items such as fuel cells and lithium-ion batteries.

“It’s interesting to think that this two-billion-year-old event which was responsible for shaping our natural world now has the potential to play a key role in its preservation for future generations.”

Professor Parnell added: “Ultimately what our research has shown is that the key to the formation of mountains was life, demonstrating that the Earth and its biosphere are intimately linked in ways not previously understood.”

Photo by samsommer on Unsplash