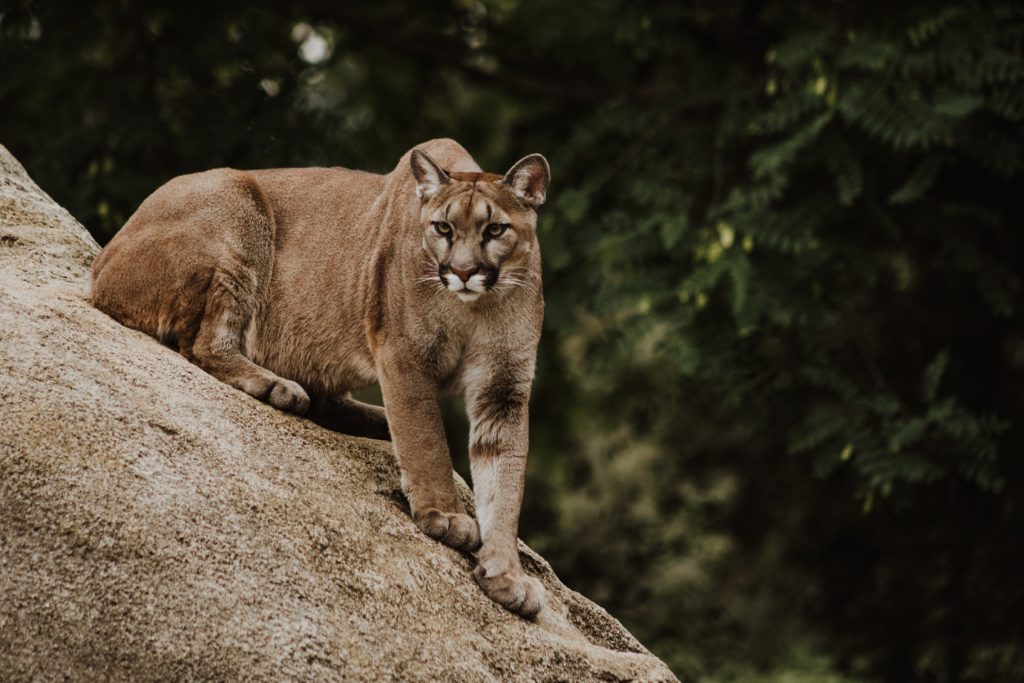 Research led by the School of Biological Sciences has shown how mountain lions adapt their behaviour to survive in steep mountains by travelling more slowly when they are climbing and descending, and attempting to traverse around steep slopes.

The effect of this is to save on energy costs of transport.

The research has been published in the journal Movement Ecology.

The study demonstrated that mountain lions have an ability to assess their surrounding terrain and utilize an energetically efficient series of walking gaits.

This is important because under current scenarios of climate change and habitat loss, many wild animals, especially large predators, are being forced to move into novel energetically challenging environments as the usual areas they inhabit are increasingly being occupied by humans. Consequently, the areas that animals move into heighten their energetic costs and effect the decline of populations.

Mountain lion habitats are rapidly diminishing due to increasing agriculture and urbanization (35% loss in California predicted by 2030). In addition, road collisions, fires, and poaching of their wild prey have become more problematic for the lions. Remaining populations are being challenged and at times moving into the steepest and most energetically costly mountainous parts of their range.

The research team set out to test exactly how these big cats might cope with the high energy demand of consistently travelling and hunting in steep terrains, and therefore how they would cope if isolated to these areas completely, or having to move more frequently across these rugged habitats.

To conduct their research, the researchers trained captive-reared mountain lions to walk on a treadmill so they could measure their oxygen consumption whilst walking on the level and on an incline. The team also equipped wild mountain lions in the Santa Cruz Mountains, California, with GPS and accelerometers to track their movements and identify their preferred behaviours. This allowed them to calculate the wild mountain lions’ energy use each day and track how they chose to move through steep landscapes.

Carolyn Dunford, researcher from The School of Biological Sciences at Queen’s University Belfast and first author on the paper, said: “With mountain lion populations being challenged by increasing human activities and their lowland habitats rapidly decreasing, individuals that can survive within mountainous habitats will be crucial for the stability of the population.

“We have discovered how mountain lions survive in mountains to conserve energy which allows them to travel and survive in steep terrains. Conservation efforts must take into account the terrain that they will be living in as their hunting abilities might be compromised in landscapes that are too steep. This should also be considered when conserving habitats for other species that may not be as adaptable as mountain lions.”

The next step for the research is to examine the compounding energetic costs of these steep terrain movements in territorial males, and in females during periods of kitten rearing. The impact of California fires that push the local lions into more mountainous areas is also being investigated.