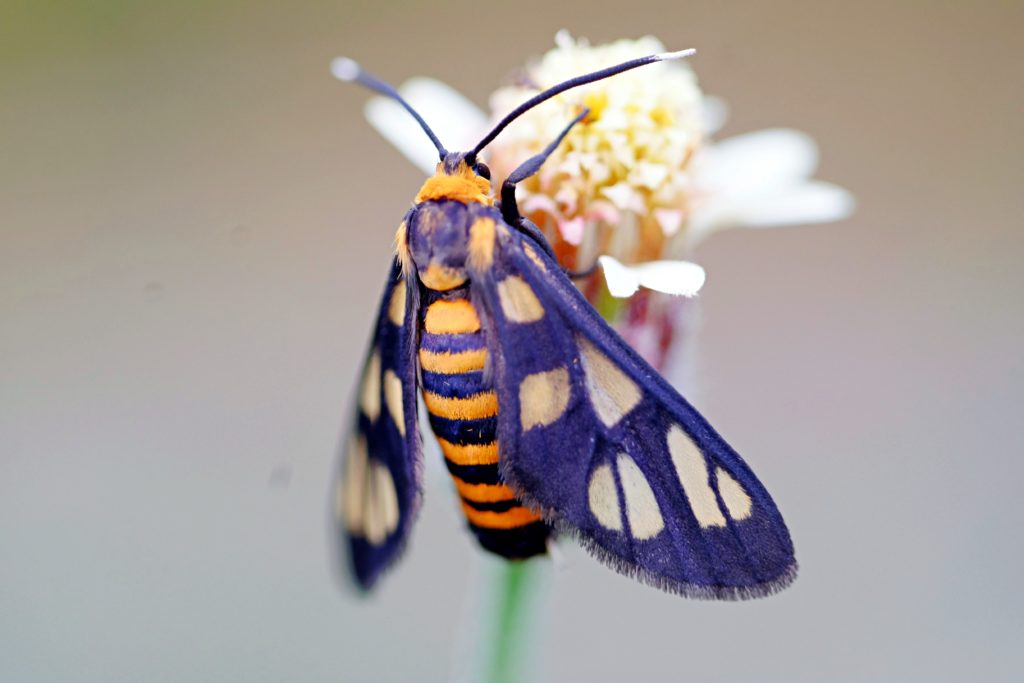 Like humans, insects are more likely to change their diet and try new things when in a new location, a new study has found. This discovery, led by the University of Aberdeen’s Dr Lesley Lancaster, could have serious implications for our crops as global warming causes insects to colonise new regions.

The study, published in Nature Ecology & Evolution, suggests that as warming climates drive insect species out of the tropics and to cooler, high latitude locations, they are often forced to expand or switch up what they eat. This process, occurring across many insect species, has ultimately resulted in higher-latitude insects being willing to eat a wider variety of foods than their tropical counterparts.

Examining a global dataset of Lepidopteran (butterfly and moth) feeding patterns, Dr Lancaster found they chose a wider variety of foods at higher latitudes, but critically, this pattern was due to the insects adopting broader diets specifically in more recent populations, which typically are found at higher latitudes.

Dr Lancaster said: “As global warming events drive species out of the tropics and to cooler, temperate locations, they are often forced to expand or switch up what they eat. This is because their habitual food sources may be less readily available or more difficult to find during the move.

“Typically ecologists have thought that latitudinal patterns of diet breadth reflect climatic or diversity differences between tropical and temperate regions in climate or species composition- however there was no strong reason why cooler climates or lower species numbers in temperate habitats would lead an individual to eat more, different kinds of things.

“This new explanation is more intuitively appealing because many people will have had the experience of trying new things or adding different types of food to their diet when they move to a new place. Why should animals be any different?”

“The results also have really important implications for pest or disease-vector insect species as they colonise high-latitude regions as a consequence of ongoing warming. The results suggest that we can expect these species to attack new crop varieties or spread diseases among a wider variety of hosts in the new region than they have historically targeted. This has important implications for predicting future economic or health consequences of invading pests.”

With many species currently expanding their ranges poleward, due to global warming, the study suggests that as insects expand their populations geographically, we should also anticipate and plan for changes to the food – and crops – they consume.

“We have provided evidence that we can expect these (geographically) expanding populations to also expand their resource use patterns as they shift poleward,” Dr Lancaster added.

“For instance, poleward expanding crop pests might target a wider range of crops, and disease vectors might transfer pathogens among a wider range of host species, as they expand their geographic ranges under global warming.

“It is important that we anticipate such changes in host use among expanding pests and disease vectors, and the appropriate steps to monitor and protect new hosts if we are to protect our future food security.”