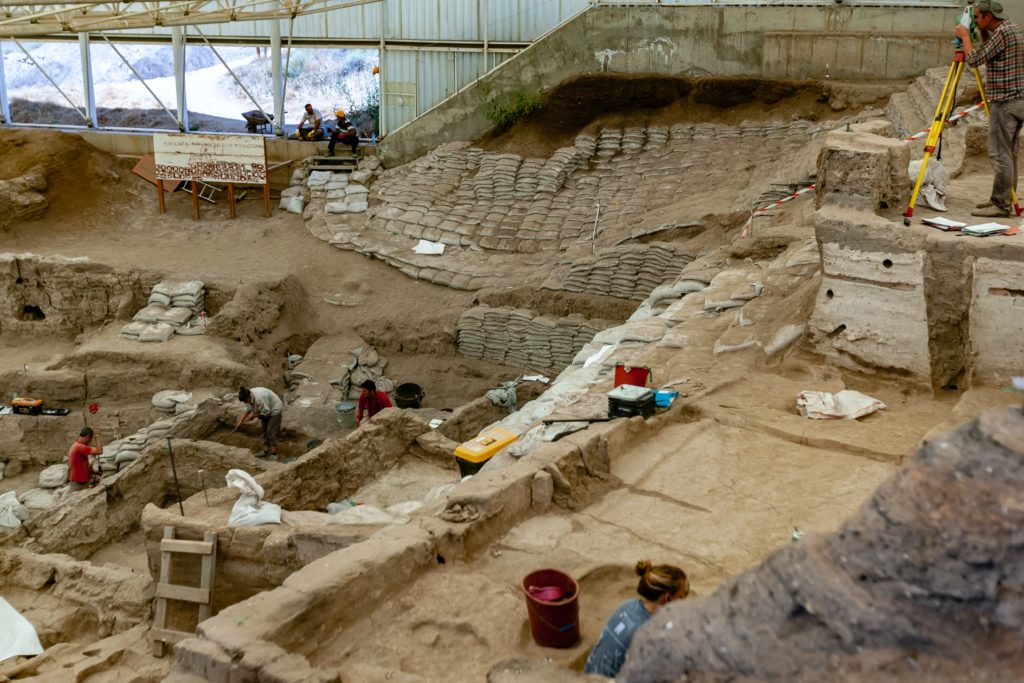 A University of Aberdeen archaeologist has been awarded £100,000 to advance her pioneering work exploring what we can learn about our ancestors through the study of their bone chemistry.

Dr Kate Britton has been awarded a 2019 Philip Leverhulme Prize by the Leverhulme Trust. She is one of 30 ‘exceptional researchers’ awarded a combined £3million.

Philip Leverhulme Prizes have been awarded annually since 2001 in commemoration of the contribution to the work of the Trust made by Philip Leverhulme, the Third Viscount Leverhulme and grandson of William Hesketh Lever, the founder of the Trust. The prizes recognise the achievement of outstanding researchers whose work has already attracted international recognition and whose future career is exceptionally promising.

Dr Britton is a specialist in the use of an archaeological technique known as stable isotope analysis for the reconstruction of past diets, movements, and environments.

Isotopes are present everywhere in the world in which we live and breathe but the balance in which different isotopes of the same elements occur, varies between different substances, such as different types of food, and eco-systems, for example between land and sea or between different climate zones.

As we grow and as our tissues renew themselves, the isotopes that are in the food we eat and the water we drink are being incorporated into all our body tissues, including our skeleton. By measuring the ratios of different isotopes in bones or teeth and using scientific knowledge about how they occur in nature to trace them back to the sources that they came from, archaeologists can find out many things about an individual, such as what their diet was like and the environment they grew up in.

The Philip Leverhulme Prize will allow Dr Britton to develop two  projects, one looking at Scotland’s Palaeolithic past and the other exploring life in cities around the North Sea in the Medieval and early modern period..

Dr Britton said: “It is a very great honour to receive this award. The prize funds will allow me to develop work in a number of important areas.

“Scotland was often considered uninhabitable until after the end of the last Ice Age and has been largely absent from the study of the Palaeolithic past. In recent years, new evidence has emerged, and I’m really keen to build on that”

“Until now work in this area has focused on identification of its most easily-recognisable elements, stone tools, but true insight can only come from an approach that also incorporates Scotland’s Late Glacial landscapes, climate, environment, flora and fauna.

“In the Medieval and early modern period, the North Sea was a melting-pot of commodity, cultural exchange and community – a subject that has received significant attention from historians, but little from bioarchaeologists. In this period, urban life as we know it in Northern Europe was emerging – legally and economically, but also socio-culturally and biologically.

“Our current research is providing novel insights into foodways and cultural norms during this period in Scotland, illuminating life in cities at the ‘fringe’ of the North Sea world – I’m really looking forward to being able to expand this work to other regions”.

“The prize funds will allow me to undertake research visits and sampling trips, to work on new collaborations and generate new data, and help me forge whole new lines of enquiry in my field.”