In a few weeks I will be starting a PhD titled ‘Predicting the Unpredictable: the role of eco-evolutionary experience in species interactions across taxa and habitats’, being supervised by Professor Jaimie Dick at Queen’s University Belfast, and co-supervised by Professor Xavier Lambin at the University of Aberdeen. This project aims to tackle current and major ecological topics of invasive alien species, range-shifting species and rewilding by understanding eco-evolutionary experience under the backdrop of areas such as climate change.

My honour’s project on the diet and ecological role of pine martens in Northern Ireland was the main driver in my interest to pursue a PhD, developing ideas in areas such as generalist and specialist species interactions, and human-wildlife conflict. My previous research experience abroad, conservation volunteering, and work in ecological consultancy has further provided the backbone of the interests and the ecological questions I feel are important to address.

One avenue I hope to approach through my research is rewilding. Specifically, understanding species interactions when a species has not been present for some time, and if they can successfully re-establish connections or if conditions have too drastically changed. However, rewilding includes more than reintroducing species and habitat restoration. It is also about reconnecting, no matter where you are, and can be achieved in many ways. For example, thinking sustainability, reducing plastic waste, and minimizing carbon footprint will help prevent wildlife and habitat loss. Another way is wild foraging. One way I have been connecting is photographing nature in urban settings and nearby areas. Below are some examples: 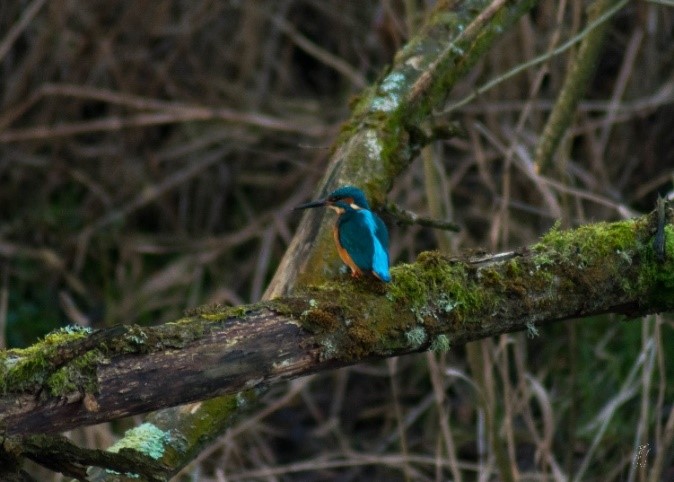 Here is a kingfisher (Alcedo atthis), a fantastic riverside bird with an azure back and bright orange front. This iconic bird is associated with good quality rivers. This one was found not too far down the Lagan Towpath in Belfast. They are surprisingly small and elusive. 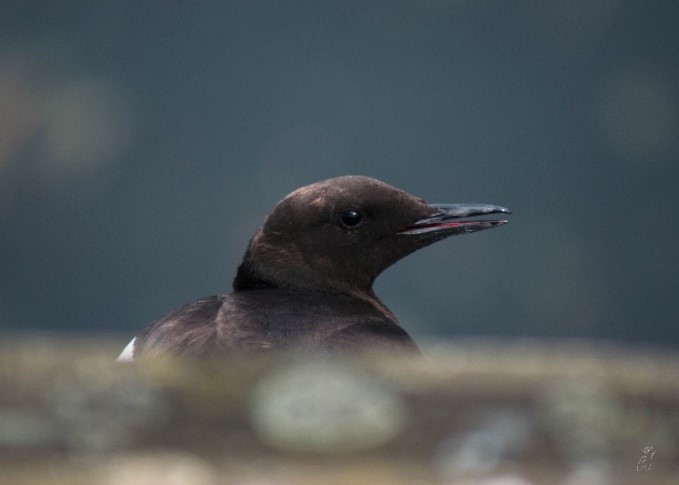 This is a black guillemot (Cepphus grylle), a member of the Auk family that includes everyone’s favourite, the Atlantic puffin (Fratercula arctica). They are Amber-listed, and normally found on coastal cliffs, however, have come further inland, being found in harbour cities and towns including Belfast and Bangor (Co.Down). In winter, they change to white plumage. 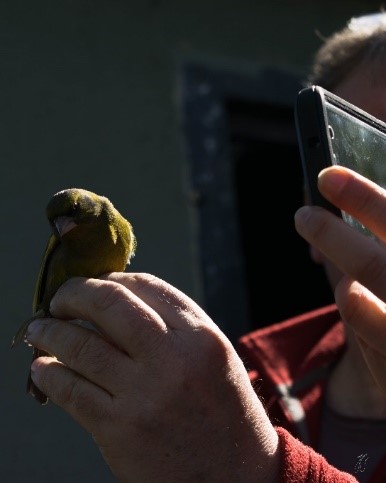 If you are interested in birds, taking part in bird ringing is one way to get up close and personal with many species. BTO volunteers and experienced permit holders often hold bird ringing mornings where you can safely learn and handle birds. It is important to minimize any stress to the bird, and their safety is always considered first. After measurements and ringing occurs the bird is immediately released. This photograph was taken in an urban park in Belfast and features a photogenic greenfinch (Carduelis chloris). 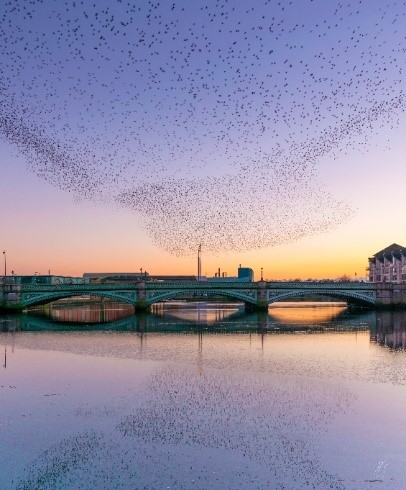 Cities aren’t averse to spectacular nature displays either. Over the Albert Bridge in Belfast, thousands of starlings (Sturnus vulgaris) perform an evening murmuration display. This is where they move in harmony, forming complex shapes, in what is believed to be predator avoidance – with predators such as peregrine falcons (Falco peregrinus) and sparrowhawks (Accipiter nisus) potentially making an appearance. Starlings are a red listed species, meaning they are considered in decline across their global range and have a severe decline trend in breeding population over the last 25 years. This makes this even more fantastic to witness, but also to consider what can be done to conserve.

I have lived and worked in Bristol for the last six months as an ecologist. During my commute to and from work, I found various moth species. Here is a small selection – from top left to bottom right, the white ermine (Spilosoma lubricipeda), orange swift (Triodia sylvina), cinnabar (Tyria jacobaeae), and beautiful plume (Amblyptilia acanthadactyla). Each of these moths has their own unique characteristics and ecology. The cinnabar is a day-flying moth with aposematic colouration to deter predators, and a characteristic yellow-black caterpillar that consumes leaves of common ragwort (Senecio jacobaea). Ragwort is known to contain many alkaloids, and therefore noxious in fields where livestock is present; the caterpillars therefore become toxic to eat for predators such as birds. While moths including the white ermine and cinnabar may be considered common, they are also a UK BAP priority species, for research only.

The above illustrates you don’t need to go far for wildlife, and this just touches the surface. Appreciating what is around you, no matter where you are, especially in the sense of native vs invasive, and how they impact the ecosystem is a positive step towards prevention of species loss.

It is early days for my PhD journey, and I am filled with ideas that I will need to narrow down. If interested in any of the above, I am always open for discussion. The QUADRAT DTP itself will provide an incredible opportunity to engage across disciplines specifically on topics of ecosystem sustainability, human-wildlife conflict, and more. I look forward to being part of the first cohort, and I am excited to see where it goes.