As part of my research aims, over the past 8 months I’ve been working to establish monocultures of known species of Alexandrium. This has been achieved by taking single cells from existing cultures (which may be mixed) and establishing them in a 24 well plate with L1 growth media, this was repeated multiple times for each culture to increase the chances of cell viability and survival and that at least one cell isolated would be the expected species.

Once in single cells, the wells were monitored weekly for signs of multiplication; when this occurred, all living cells in the well were moved to a larger well volume until there was at least 5ml of multiplying cells which were then moved to flasks containing 35ml L1 growth media. 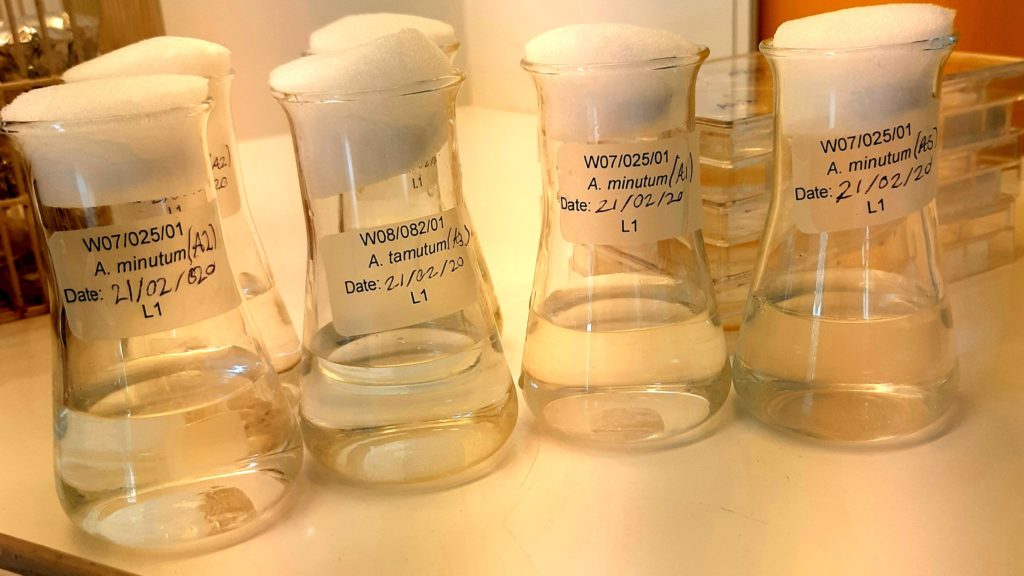 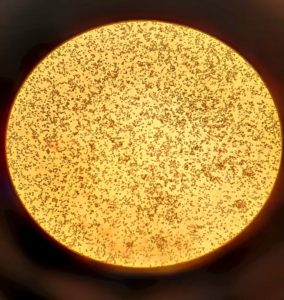 This entire process actually took 3 attempts, the first at the beginning of November, then the end of December and lastly early January. The first two attempts failed to thrive; this can occur for a multitude of reasons, but our working theory was that the cells went into shock going from such a large volume of media with many other cells to a very small volume with one cell. In the 3rd attempt to mitigate this, a small volume was taken of each culture and spread across the first row (row A) of a 24 well plate. After a week 50-100 cells were taken from row A and placed in row B, the following week 10-20 cells were taken from row B and placed in row C and lastly; a week later, 1 cell was taken from each well in row C and placed in row D. This created a dilution series of cells and helped them acclimatize to their new environment. 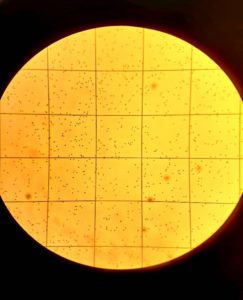 At the time of writing, 9 out of 11 cultures are now at the final stage in flasks (one culture failed to thrive again), the week prior to the COVID19 lockdown I had just began undertaking cell counts of cultures by preserving them in lugol’s iodine and using a Sedgewick-rafter slide (see image below) and lysed them in preparation for DNA extraction and sequencing to confirm species. Unfortunately, this is now on hold for the time being until we can return to the labs and continue work but promising for the future.