The time, the space and the Scottish coast 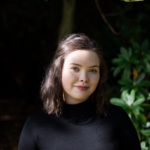 Like many of my peers, my summer did not turn out as expected. After my engineering internship was cancelled due to COVID-19, I was hopeless that I would not be able to find any paid work experience, especially one that would lie within my professional interests.

My back-up plan for the summer was to learn ArcGIS software and learn more about environmental sciences, however, I was able to do both thanks to securing the project called “Assessing the long-term impact of climatic variables on coastal changes in Scotland using geospatial tools”. I felt like the project was specifically tailored to my academic interests and would allow me to contribute to important research which can identify big changes. Even though I am a mechanical engineering student I always was thoroughly interested in environmental sciences, especially in anything concerning coastal science and climate change which the project helped me explore.

One of the first duties I was given by my supervisors was to compose a library of Landsat images covering the whole of Scotland between 1970s-2010s, in 10-year intervals. Ideally, the images would be cloud and snow-free, however, this was a rather difficult task, especially for the Shetland Islands, which aren’t known for their good weather. Another issue was the difference in the quality of the images due to pictures being taken with different sensors, therefore different resolutions. Before the placement, I did not realise the scale of improvement of the remote sensing technologies – Landsat 8, the newest satellite, has a spatial resolution of 30 meters, while the first one, Landsat 1, launched in 1972, has a spatial resolution of 80 meters. This difference made it harder to compare images, however, it made me realise the importance of critical analysis and of course, good quality reliable data.

To progress further with the project to quantify the data from the Landsat images, and later transforming them info and outline of the Scottish coast  I was required to learn ArcGIS software.  The ongoing training delivered by my supervisors was very beneficial and allowed me to use the software to the best of my abilities. Thanks to performing geospatial analysis, I was able to find regions where coastal erosion and deposition was significant, in some cases even up to 80 meters in 50 years in soft coast regions.

Next step involved statistical analysis of the meteorological data (such as precipitation and temperature) from over 30 locations around Scotland Statistic was something I was already familiar with, however, I did not perform it on such a big scale before. The last task involved correlating how those climatic variables might be linked to the changes previously found coastal changes.

I was meeting with my supervisors twice a week to show my progress and to ask about anything I was not sure about or had difficulties with. With each “milestone,” my supervisors gave me a roughly an hour-long lecture, briefing me on the theory behind the statistical work I was performing. This was very beneficial for the analysis itself but as for my general outlook and understanding of coastal sciences. I had the opportunity to learn about topics like remote sensing and geospatial analysis, which I would not be able to explore as a part of my degree.

Overall, I found it very exciting to be able to experience the real, cutting-edge research and be able to contribute to such an important topic like coastal science is. The placement encouraged me to look into pursuing further academic study, hopefully in a form of a PhD which will allow to bridge the gap between environmental science and engineering.