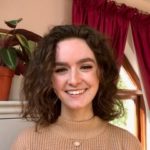 At the beginning of summer last year, I received an email about the NERC placement opportunities with QUADRAT. I’ve been interested in environmental issues for much of my life, doing what I can, where I can, even if it’s as simple as reducing my usage of plastic. Therefore, I jumped at the opportunity to not only apply my skills from mathematics to a challenging research project, but to contribute to work that may one day reduce the lasting effects of climate change. After much deliberation I decided to pursue “Climate change and the future viability of Europe’s longest Ice Road” and was funded to complete this research project under Dr Donal Mullan from the School of Geography, Archaeology and Palaeoecology at Queen’s University.

Early on in the project we discovered that we did not have sufficient resources to explore and model the effects of climate change on the ice roads in Europe, and so we turned our sights onto seven locations in Manitoba and Ontario in Canada where ice roads serve as vital structures to provide access to normally isolated areas. The aim of this project was to model how the thickness of these roads will change for a number of different climate change scenarios and so to draw attention to this increasingly pressing issue that threatens the survival of many marginalised communities.

Once this was completed, we began considering future climate models. We downloaded and formatted models which predicted future temperatures for various scenarios and performed analysis to choose those which were best able to simulate past climates for each location. Each set of predicted temperatures for 2005 – 2100 then had to be downloaded and corrected for bias using R scripts specific to the location. The bias-corrected temperature data could then be used to run our models to predict the future ice thickness and so predict the period of operation of the ice roads at each location for the next eighty years. As one might expect, this period shortens every year and so the worsening state of global warming is predicted to increasingly isolate local communities and damage local economies.

This project provided me with an invaluable opportunity to apply my skills in programming and statistical analysis and opened my eyes to research. It’s extremely rewarding to come to the end of a project and see what your work has achieved, and I have been able to begin my third year of study with newfound confidence in my ability to statistically analyse data and with the knowledge that I will be listed as an author on my first research paper at the age of twenty! My work with this placement inspired me to change my degree pathway to Mathematics with Statistics and Operational Research, and once I have finished my masters, I now hope to go on to complete a PhD in statistics and enter into the world of academia and research.